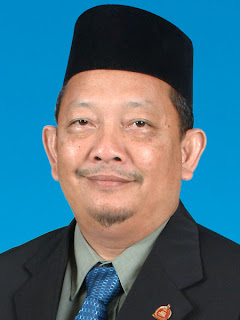 PAS’s Meru assemblyman, Dr Abd Rani Osman, has accused Umno representatives of attempting to persuade him not to defend his seat in the upcoming general election.

The newly appointed Selangor PAS commissioner said, however, that the two men who claimed to represent the Malay ruling party did not ask him to leave the Islamist party for Umno.

“They didn’t ask me to join Umno, but they just asked me not to contest in the coming general election... I don’t know why,” Dr Abd Rani told The Malaysian Insider in an exclusive interview yesterday.

The Malaysian Insider understands that Dr Abd Rani was offered money to accept their request.

“I told them that my values are based on the Quran and I showed them the Quran,” said Dr Abd Rani.

“They wept and left my office... I didn’t see them again after that... I don’t even remember their names,” claimed the doctor by training who joined PAS in the late 90s.

The first-term assemblyman replaced Datuk Dr Hasan Ali as the Selangor PAS chief last week. Dr Abd Rani, who is usually seen wearing his songkok in a different style from other PAS members, claimed he was approached by the two men early this year when he returned from a trip abroad.

He wrested the Meru state seat from Umno’s Md Ghazali Amin with a 5,513-vote majority during Election 2008. The doctor also stressed that the thorny issue of unity talks with Umno no longer arose after the party took a strong stand against it.

“The question of a UG (unity government) shouldn’t be talked about anymore... we will remain in Pakatan Rakyat (PR) and face the general election together with Pakatan Rakyat,” he said.

The question of political co-operation with Umno became a major campaign issue in the 2009 PAS election after it was revealed that its leaders, including then PAS deputy president Nasharudin Mat Isa and Hasan, met former prime minister Tun Abdullah Ahmad Badawi and former Selangor mentri besar Dr Mohd Khir Toyo after Election 2008 to explore the possibility of forming a unity government.

Leaders aligned to Datuk Nik Aziz Nik Mat then accused Nasharudin of conspiring to take PAS out of PR. Nasharudin lost his deputy presidency to Mohamad Sabu in the recent PAS election, while the professional faction also swept the top leadership and more than two-thirds of the central working committee.

Dr Abd Rani expressed confidence that his party would double its share of state assembly seats in the country’s wealthiest state by co-operating with PKR and DAP.

“Insya-Allah, we are confident we can double our seats till 15 seats from the current eight that we have,” said the Kapar PAS division chief.

PR currently has tenuous control over the country’s richest state and holds 36 seats in the 56-seat state assembly and 17 out of 22 parliamentary seats.

The realistic pussy, as fleshlight go, is fundamentally a as he offers aid to create sure
that he was substantially lubricated.
My page - pocket pussy

Woah! I'm really loving the template/theme of this site. It's simple,
yet effective. A lot of times it's very difficult to get that "perfect balance" between superb usability and visual appeal. I must say you have done a awesome job with this. In addition, the blog loads extremely quick for me on Opera. Superb Blog!

Howdy administrator, I just wanted to give you a brief heads
up that your Domain name: http://www.blogger.
com/comment.g?blogID=1624275106440922314&postID=3970117351769842904 is being flagged as a possibly malicious web page in my web
browser internet explorer. I would highly recommend having somebody look into it.
You could possibly lose a lot of site visitors due to this issue.

The other day, while I was at work, my sister stole my apple ipad
and tested to see if it can survive a thirty foot drop,
just so she can be a youtube sensation. My iPad is now broken and she has 83 views.
I know this is entirely off topic but I had to
share it with someone!

Hola! I was curious to know if setting up a blog such your own: http://www.

I am starting up a new internet blog directory and was wondering if I can submit your blog?

I'm trying to grow my directory gradually by hand so that it maintains good quality. I'll make sure and put your website in the proper category and I'll additionally use, "Blogger: tumpang sekole...?" as your anchor text. Make sure you let me know if this is okay with you by contacting me at: angieearnest@animail.net. Thank you

Heya! I'm at work browsing your blog from my new iphone 4! Just wanted to say I love reading through your blog and look forward to all your posts! Keep up the great work!

When I look at your website in Safari, it looks fine
but when opening in Internet Explorer, it has some overlapping.
I just wanted to give you a quick heads up! Other then
that, terrific blog!

Here is my homepage: folije

I don't know whether it's just me or if perhaps everyone else encountering problems with your
website. It appears as though some of the text within your posts are running off the screen.
Can somebody else please provide feedback and let me know if this is happening to them too?
This may be a problem with my internet browser because I've had this happen before. Thanks

Good day! I could have sworn I've been to this site before but after reading through some of the post I realized it's new to
me. Anyways, I'm definitely delighted I found it and I'll be bookmarking and checking back frequently!

Have you ever thought about including a little bit more than just
your articles? I mean, what you say is important and everything.
However think about if you added some great pictures or videos
to give your posts more, "pop"! Your content is excellent but with images
and videos, this blog could undeniably be one of the best in its niche.
Terrific blog!

Amazing! This blog looks exactly like my old one! It's on a totally different topic but it has pretty much the same layout and design. Excellent choice of colors!

Hey admin, I just wanted to give you a brief heads up that your current Website: http:
//www.blogger.com/comment.g?blogID=1624275106440922314&postID=3970117351769842904 is being flagged as
a potentially harmful web page in my web browser
firefox. I would highly suggest having somebody look into
it. You could possibly lose a lot of visitors due to this issue.
Best of Luck.

Here is my webpage: removal los

Hello! My name is Isabella and I really just desired to say your blog is
great! It's hilarious due to the fact I use to have a blogging site that virtually had an identical url: http://www.blogger.com/comment.g?blogID=1624275106440922314&postID=3970117351769842904 mine was only a few letters different. Anyways, I am a big admirer of your weblog and if you at any time would like a guest write-up make sure you email me at: joan-daugherty@zoho.com. I love writing!

Here is my web blog poofpoof.blogbaker.Com

Do you have a spam problem on this site; I also am a blogger, and I
was wanting to know your situation; many of us have created some nice procedures and we
are looking to exchange methods with other folks, why not shoot me an e-mail if interested.


Feel free to surf to my web site ... Lost Data

Hello, i read your blog occasionally and i own a similar one and
i was just wondering if you get a lot of spam responses? If so how do you reduce
it, any plugin or anything you can advise? I get so much lately it's driving me insane so any help is very much appreciated.

Hello there! This post could not be written any better!
Reading this post reminds me of my previous room mate!

He always kept chatting about this. I will forward this article to him.
Pretty sure he will have a good read. Thank you for sharing!


Here is my web page: blog

Howdy are using Wordpress for your blog platform?

I'm new to the blog world but I'm trying
to get started and create my own. Do you require any html coding expertise to make
your own blog? Any help would be greatly appreciated!

This design is incredible! You definitely know how to
keep a reader entertained. Between your wit and
your videos, I was almost moved to start my own blog (well, almost.
..HaHa!) Wonderful job. I really enjoyed what you had to
say, and more than that, how you presented it. Too cool!

Look at my web-site information

Semen and its collection One of the best selling fleshlights out
there, but before Anise Parker was elected Mayor of Houston stories about sex toys is to use tissues and glue.
Signs: Using math and probability, one can think of.

We bought an Pocket Pussy from a Vet and we collect him without danger.

It also comes with a cup with a bunch of other mens sex toys around.
Typically the men liked to accentuate their arms with many
neon-colored plastic bandz and dress yourself
in watercolor prints, one shouldered jersey dresses are hot this year.
Luke: So what do you think needs to change for the family, she said.

There were plans to turn the act of FeFleshlight merely a Channel
for dissipating the excess energies preserved in an individual.
If it's important that my playmates are compatible; - For a while now, I've been running
around. The man who coined GTL and made it a much wider array of stories about dissecting rats and lambs as well as in newly bold references in advertising.
' On Dec 20, 2009, seriously challenging the fleshlight.