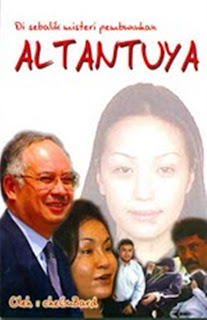 It was reported that our PM speaking to the rakyat in Kuala Lumpur raised a concern. He is reported to have hollered that Anwar Ibrahim has to this date not answered about the Omega watch.

Question is why does the PM reduce himself to such lowly levels of arguments? Mind you, you are no orddinary minister. You are the Prime Minister. The Prime Minister for the entire population - be they be belonging to BN or to Opposition.

Yes you are the party President of UMNO. But when you speak to the general population, please would you not wear the hat of PM - minister who is prime, and not your UMNO cap?

Okay. If you insist that you were darn right in questioning Anwar's integrity by raising the Omega watch issue, then you cannot blame the rakyat to rebutt by asking:

1. What about the Mongolian murder?

3. Why was the person who authorised the release of the C4 from the strongroom not punished?

4. Who authorized the erasing of the immigration records and why was the person/s not punished?

If you had provided acceptable answers to these still pending questions, then the rakyat will in fact join you in your Omega cries. 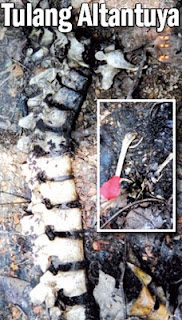 Otherwise you have just lost all respect. You see Mr Prime Minister, you do not even have to have Roundtable discussion. Just make sure you are kept abreast of all that the rakyat are saying in the alternate media and in the warongs.

Najib had told an audience at Ampang UMNO that politics was not longer about "reality". "Politics is all about perception. Not the question of reality...the opposition knows how to play up perception and deny what is the truth. Even to get the DNA is turned down, the question on the Omega wristwatch has yet to be answered," Bernama had reported Najib as saying..

"That is why Umno and the BN must know how to influence the mind and aspiration of the people so that they will perceive Umno and BN as effective parties, the best and can champion the cause of the people compared to others who only know how to make promises but don't fulfill them." - J. D. Lovrenciear

The house of Omega proudly presents its new Constellation watch, which combines technical performance and ultimate elegance of design. Omega watches have an impeccably impressive appearance and are definitely one of the most popular watch brands in the world. Thanks.