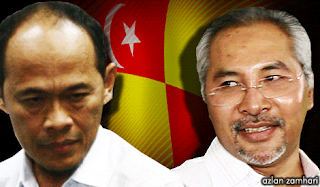 The corruption trial of former Selangor Mentri Besar Khir Toyo began, with the court told that two plots of land and a bungalow were sold for RM6.5mil to Ditamas Sdn Bhd director Shamsuddin Hayroni, who had later on sold them to Khir at an allegedly much discounted price.

Shamsuddin also created a minor stir when the prosecution announced that he would testify against Khir. Shamsuddin had been charged together with Khir on December 6, 2010, but the charges were suddenly dropped on Monday.
The reason has now become apparent, and at first impression, seems to bode ill for the 45-year Khir. But critics were unconvinced and still believed that strings would be pulled to ensure both Shamsuddin and Khir were let off easy. Already, Shamsuddin has escaped punishment, they pointed out.

"It looks like UMNO has abandoned Khir. They will sacrifice him to cover the scandals at the MACC over Teoh Beng Hock and Sarbani. But is this really so? Whatever it is, the penalty for Khir is limited. He is a big name but this is a small case," Eddie Wong, a Selangor PKR veteran, told Malaysia Chronicle.

Khir was charged with purchasing two land lots and a bungalow for RM3.5 million in Section 7, Shah Alam from Ditamas on May 29, 2007 despite knowing the company had bought the property for RM6.5 million on December 23, 2004.

If found guilty, Khir faces two years' imprisonment, a fine, or both under section 165 of the Penal Code. 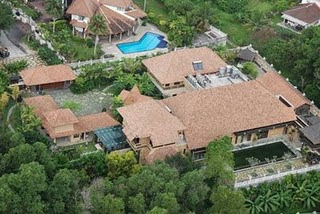 The land had been bought by Shamsuddin in 2004 for RM6.5mil. The previous owner, Saiful Azmir Shahabuddin, a CEO of Sykt Permodalan Kebangsaan Bhd, told the court on Monday he sold the properties to Ditamas in December 2004, after they agreed on the price.

Saiful said he had initially asked for RM7mil. However, he agreed with Khir's lawyer that based on the transfer of ownership agreement, the amount recorded was RM5mil, and not RM6.5mil.

Saiful had bought the two plots for RM1.3mil in 1995 and 1996. He then built a 15,000 sq ft bungalow, with a garage fit for four cars, a swimming pool, gazebo, fish pond, jogging track and extensive landscape.

On the sale to Ditamas, Saiful said he was paid RM650,000 via cash banked-in directly into his account by Shamsudin. He also received partial payment via two cheques totaling RM1,840,000 from his lawyer, former Bar Council president K Ragunath, who handled the documentation on his behalf and received partial payment from Ditamas. Of the remaining balance of RM4.01 million, he received another payment via cheque from Shamsudin.

Under cross-examination by Khir's lead defence counsel M Athimulan, Saiful was pressed several times on the actual value of his former property, and the lawyer also tried repeatedly to get him to admit that the property was 'bumiputera' reserve land which means that it must be worth lower than normal land.

However, Saiful was not sure and said he would have to confirm if it was 'bumiputra' reserve land.

I do not know whether it's just me or if everybody else encountering issues with your blog. It appears as if some of the text within your content are running off the screen. Can someone else please comment and let me know if this is happening to them too? This may be a issue with my web browser because I've had this happen before.
Many thanks

We stumbled over here by a different website and thought I
might as well check things out. I like what I see so i am just
following you. Look forward to checking out your web page again.

Today, I went to the beachfront with my kids.

I found a sea shell and gave it to my 4 year old daughter and said "You can hear the ocean if you put this to your ear." She put
the shell to her ear and screamed. There was a hermit crab inside
and it pinched her ear. She never wants to go back! LoL I know
this is completely off topic but I had to tell someone!

When I initially commented I clicked the "Notify me when new comments are added" checkbox and now each time a comment is added I get four e-mails with
the same comment. Is there any way you can remove me from that
service? Cheers!

Very good website you have here but I was curious
about if you knew of any forums that cover the
same topics talked about in this article? I'd really love to be a part of group where I can get responses from other experienced individuals that share the same interest. If you have any suggestions, please let me know. Kudos!

Here is my web-site - stumps

Awesome blog! Is your theme custom made or did you download it from somewhere?
A design like yours with a few simple tweeks would really make my blog stand out.
Please let me know where you got your design. Appreciate it

Feel free to surf to my weblog - pakerice

Amazing blog! Is your theme custom made or did you download it
from somewhere? A theme like yours with a few simple tweeks would really make my blog stand
out. Please let me know where you got your design.