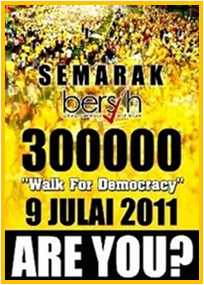 My preliminary reading is they will. The Chinese will stay at home (or they will go shopping). Like any other big demonstrations in Kuala Lumpur since the 1998 “Reformasi Movement” the Chinese will stay at home despite Kuala Lumpur City being predominantly populated by the Chinese. I can say this rather authoritatively because I have participated in almost all of these demonstrations. I am the actual witness and I saw clearly with my own eyes the ethnic composition of the participants of these demonstrations.

From the first day Anwar Ibrahim was brought to court in September 1998 I was there on the streets waging a running battle (mostly running and not much battle actually) with the FRUs, the CIDs, the SBs and the Light Strike Force. I even went to Kamunting thrice to demonstrate infront of the famous Kem Tahanan Tanpa Bicara. You named it and most probably I was there in the midst of the spirited demonstration crowd. 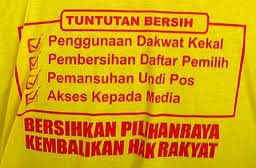