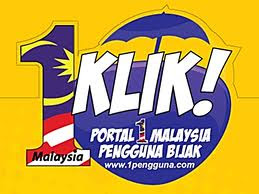 The government’s brand new price check portal has been hit by a security breach, allowing hackers to obtain details such as email addresses and contact information of over 2,000 registered users which security experts say can be used to steal financial data in a roundabout way.

Personally identifying information such as names, addresses, birthdays and any banks or companies one does any business with can be used for identity theft or so-called phishing, which use personal details to make a phishing attempt look legitimate.

“These passwords are not difficult to decrypt. You can also use these vulnerabilities to defame the entire site,” Lowyat.net founder and chief executive Vijandren Ramadass told The Malaysian Insider. Vijandren also said that Lowyat had discovered “a severe lack of security on the site” when it was launched and contacted the website administrator but received no response.

He said that a hacker group called Rilekscrew group also pointed out that “these vulnerabilities allowed almost all the data contained on the server to be remotely accessed.”

“Obviously, this is not an RM1.4 million job. Security and user privacy is a very important issue, especially on a site backed by the government,” he added.

The Malaysian Insider has also obtained a list of over 1,000 user details including that of two site administrators. 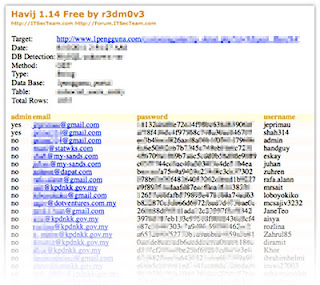 The government admitted yesterday that the 1MPB portal was not ready for the 3.5 million hits it has received since being launched two days ago.

But it was down for most of Wednesday as attempts to obtain prices from the website located at 1pengguna.com resulted in repeated connection failures.