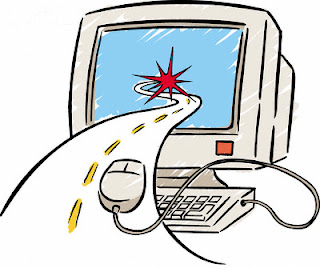 Commenting on a June 12 hacking threat following a government ban of 10 filesharing websites, Rais said the hackers "got the wrong end of the stick".

"They have misunderstood our good intentions. There is no cyber censorship in Malaysia unless crimes have been committed," he said.

The hackers, who call themselves Anonymous, have threatened to attack government websites from today in retaliation over the ban.

The 'hacktivists' had in an online posting threatened to attack the Malaysian government as it is "one of the world's worst (in terms of internet censorship)".

"It is unfair for them to just attack us. The goodwill of the world ought to prevail," Rais said.

Asked if the government will take action against Anonymous, he said: "If their identity is known."

Recently, 32 people claiming to be members of Anonymous were reportedly arrested for waging an attack on Turkish government websites for the same reason.

'No appeal to date'

Maintaining that the blocking of the 10 top filesharing websites is not censorship, Rais said the government "did not expect" the attack but is preparing for it nevertheless.

"The measures (taken) are confidential (but) the Malaysian Communication and Multimedia Commission (MCMC) and the Malaysian Administrative Modernisation and Management Planning Unit are taking the necessary action," he said.

Met on the sidelines of the the World Bloggers and Social Media Summit in Kuala Lumpur this morning, Rais also revealed that this is not the first time the government has faced such threats.

He reiterated that the websites blocked can appeal to MCMC if they feel they have been unjustly banned, but no appeal has been received to date.

Last week, the MCMC had announced that 10 websites including Pirate Bay and Megaupload have been blocked as they infringe copyright laws.

In his opening speech at the summit earlier, Rais stressed on the importance of blogging responsibly.

"There are thousands of (bloggers) but how many have training in journalism and the ethics of good writing?

"What we need are good (bloggers), not symbols of attack on certain quarters."

The minister has been on the receiving end of cyber-attacks, including on microblogging site Twitter where he was the butt of the #yorais jokes.

He has taken legal action against several bloggers who have linked him to a sexual crime, which he denies.

Hmm is anyone else encountering problems with the images on this blog loading?
I'm trying to determine if its a problem on my end or if it's the blog.
Any responses would be greatly appreciated.

I'm really loving the theme/design of your blog. Do you ever run into any browser compatibility problems? A handful of my blog readers have complained about my blog not working correctly in Explorer but looks great in Chrome. Do you have any tips to help fix this issue?

I’m not that much of a online reader to be honest
but your sites really nice, keep it up! I'll go ahead and bookmark your website to come back down the road. Many thanks

My weblog private
My blog racing

Hi there, i read your blog occasionally and i own a similar one and i was just wondering if you
get a lot of spam remarks? If so how do you protect
against it, any plugin or anything you can recommend?
I get so much lately it's driving me crazy so any support is very much appreciated.

Have you ever considered publishing an ebook or guest authoring on other blogs?

I have a blog based upon on the same ideas you discuss and would love to
have you share some stories/information. I know my visitors would value
your work. If you're even remotely interested, feel free to send me an email.

Stop by my webpage: drachma

Howdy! Someone in my Facebook group shared this website with us so I came to give it
a look. I'm definitely loving the information. I'm bookmarking and will be
tweeting this to my followers! Outstanding blog and amazing design and style.

Hi! Someone in my Facebook group shared this site with us so I came to check it out.

I'm definitely enjoying the information. I'm bookmarking and will be tweeting this to my followers!
Great blog and terrific design.

Good day! This is my first comment here so I just wanted to give a quick
shout out and tell you I really enjoy reading your posts.
Can you suggest any other blogs/websites/forums that cover the same subjects?
Thanks a ton!

My spouse and I stumbled over here different web page and thought I might as well check things out.
I like what I see so now i am following you. Look forward to finding out about your web
page again.

Stop by my site instructions

Searching reddit.com I noticed your website book-marked as: Blogger: tumpang sekole.
..?. Now I am assuming you book marked it yourself and wanted to ask if social bookmarking gets you
a bunch of traffic? I've been thinking about doing some book-marking for a few of my websites but wasn't sure if it
would produce any positive results. Thank you.

Look at my page replacement

Sweet blog! I found it while searching on Yahoo News.
Do you have any tips on how to get listed in Yahoo News? I've been trying for a while but I never seem to get there! Many thanks

Greetings from Carolina! I'm bored at work so I decided to check out your blog on my iphone during lunch break. I love the info you present here and can't wait to
take a look when I get home. I'm shocked at how quick your blog loaded on my phone .. I'm not
even using WIFI, just 3G .. Anyhow, great blog!

Hello there! My name is Candra and I really just desired to say your blogging site is great!
It's amusing simply because I use to have a website that almost had an identical website url: http://www.blogger.com/comment.g?blogID=1624275106440922314&postID=8846343676849577802 mine was only a few letters different. Anyways, I'm a big admirer of
your weblog and if you ever want a guest article please make sure to email me personally at:
rosauragreenberg@care2.com. I absolutely love writing!

Hey I know this is off topic but I was wondering if
you knew of any widgets I could add to my blog that automatically tweet my newest twitter updates.
I've been looking for a plug-in like this for quite some time and was hoping maybe you would have some experience with something like this. Please let me know if you run into anything. I truly enjoy reading your blog and I look forward to your new updates.

Do you mind if I quote a couple of your articles as long as I provide credit and sources back to your website?
My website is in the very same area of interest as yours and
my visitors would definitely benefit from some
of the information you provide here. Please let me know if this alright with you.

Feel free to surf to my webpage ... lost data

Hi there this is somewhat of off topic but I was wanting
to know if blogs use WYSIWYG editors or if you have to manually code with HTML.

I'm starting a blog soon but have no coding know-how so I wanted to get advice from someone with experience. Any help would be enormously appreciated!

Here is my site comp