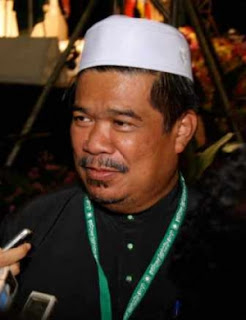 The formula used by Pakatan Rakyat to distribute parliamentary and state assembly seats for contest among its parties should be reviewed, newly-elected PAS deputy president Mohamad Sabu says.

And to prove his point, the Islamic party leader said that he is willing to contest in, and win, Kuala Lumpur's downtown constituency of Bukit Bintang, which has an overwhelming majority of Chinese voters.

"Seat allocations still need to be discussed (by the Pakatan committee) but it will no longer be the case that non-Malay majority seats go to DAP and the converse go to PAS.

"It's about the suitability of the candidate. I am even willing to take on MCA in Bukit Bintang, but as long as I am contesting under the PAS banner, and not against DAP. I can win," he chuckled.

Speaking to Malaysiakini in an exclusive interview this morning, Mohamad said the seat allocation formula used by the opposition coalition in 2008 was up for review as PAS has grown its non-Malay support base.

"Before, the formula was for DAP to contest (seats where the) majority (voters are) non-Malay, PAS for majority-Malay and PKR in the mixed constituencies.

"But I don't know whether this formula could possibly still be used... but it need no longer be used, as PAS can even win in mixed constituencies, for non-Malays can accept us now," said the leader popularly known as Mat Sabu.

For example, he said, PAS candidate Dr Mariah Mahmud won in Kota Raja, where Malays made up about 50 percent of the voters in 2008.

However, the seasoned politician, who is lauded for his good relations with DAP and PKR, was cautious when asked if he believed PAS would stand a better chance in mixed constituencies, compared with PKR. 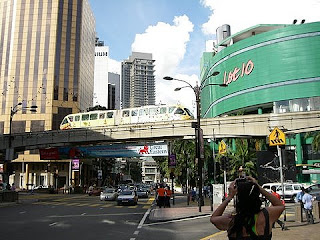 Admitting that Pakatan's youngest party was saddled with criticism, Mohamad said "it is for the people to decide" if they prefer PAS to PKR. All the same, he said, the fact that the 'PAS for all' slogan resonates with the populace meant that the Islamic party was ready to take on the role of anchor party of the opposition coalition, should the need arise.

This could be the case if Pakatan leader Anwar Ibrahim, who is also PKR de facto leader, is found guilty of the sodomy charge that he is now battling in court.

"It depends on who wins the most seats (in the general election)... right now, anyone can step up, even (PAS president) Abdul Hadi Awang. No problem, for the people can accept it as he will lead Pakatan Rakyat based on the agreed upon policies," Mohamad said.

Nevertheless, for now, he said, Pakatan's leadership would still be helmed by Anwar, with whom he has shared a tumultuous, 30-year relationship. Once an Anwar supporter, Mohamad quit the Muslim Youth Movement of Malaysia (Abim) in protest when the former left the NGO to join Umno in 1982.

Having had Anwar in his cross-hairs for the next decade or so after this, Mohamad said he decided to accept Anwar again, after he was sacked as deputy prime minister in 1998. Remnants of their thorny relationship perhaps still linger, for the PAS leader admitted to "only meeting with Anwar on the ceramah circuit", and never in one-on-one meetings.

Regardless of his personal views on Anwar a topic that he carefully skirted today - Mohamad believes that Anwar still commands wide public support.

"It is up to the Pakatan leadership council to decide (who will lead the coalition), but for now, (Anwar) is still our leader and wherever he goes, the support has been overwhelming," he said.