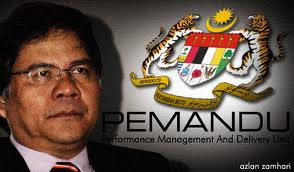 The federal government had "misled" the public when the Performance, Management and Delivery Unit (Pemandu) stated it had footed a subsidy bill of RM74 billion in 2010, an economist said today.

Speaking at the Selangor 2012 budget talks in Subang Jaya today, Nottingham University visiting associate professor Subramaniam Pillay said 54 percent of that bill was for education and healthcare, which is in fact government responsibility.

"All governments in the world subsidise different items for different people. But education and health are what economists call 'public goods' and are the responsibility of the government,” said Subramaniam who retired as Nottingham University Business School head last year.

"All developed countries around the world subsidise healthcare heavily, except the US, but (President Barack) Obama recently tabled a Healthcare Bill."

Take the two big-ticket items away and the bill was only RM31.1 billion, of which only food subsidies (RM3 billion or about 2 percent of the federal budget) went directly to the rakyat.

He said much of the RM23.7 billion fuel and energy subsidies paid in 2010 had gone to gas subsidies to independent power producers.

"For infrastructure, all the subsidies go to (highway concessionaires) not because they need it but because they signed an agreement (with the government), which was stupid. It's not a subsidy for the rakyat," he said.

The Pemandu figure of RM74 billion has been cited by the government to justify its subsidy cuts on petrol, natural gas, diesel and food items.

This fellow sell all MAS asses say MAS is making money ! Where until now staff suffering for trying to get back new building and own office in KUL/KCH