EPF under fire for the RM6 billion Felda loan... 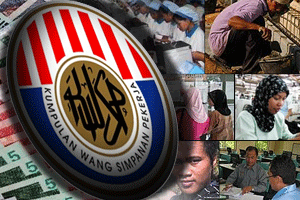 A Malay NGO has blasted the Employees Provident Fund (EPF) over an alleged RM6 billion loan Felda, calling for the fund to make a full disclosure to its contributors.

“If it is true (that EPF had made the loan), all the EPF contributors have the right to know to how the loan is guaranteed by Felda, for what period it is made and for what purpose,” said Mohd Azmi Abdul Hamid, Teras president in a statement today.

He noted that it was curious how the loan could be approved, when Deputy Minister in the Prime Minister's Department Ahmad Maslan had once insisted that Felda had chalked a profit of RM1.197 billion last year.

Mohd Azmi asked how the huge loan was being justified and if attention had been paid to its terms, noting that EPF holders were not protected in the event Felda defaults.

He added that regardless of the justifications for such a transaction, it is also a financial burden the Felda settlers.

“In the end, it is the Felda settlers and EPF contributors who bear the risks of the loan,” said Mohd Azmi. 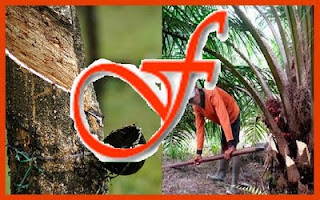 The president of the Malay empowerment NGO blasted Ahmad Maslan for his "flip-flop" and "evasive" answers in Parliament over the loan.

“The question was simple: why did Felda need to take out a huge RM6 billion loan from EPF, and why did its investment through Felda Global Ventures abroad lost RM500 million from 2007 to 2010?” Mohd Azmi said.

The minister's replies, he added, were “vague and raises more questions” causing Felda settlers to seriously doubt the agency's management. He reminded that the minister himself had also admitted to Parliament that Felda reserves declined from more than RM4 billion in 2004 to RM1.35 billion in 2009.

Last month, Persatuan Anak Peneroka Felda Kebangsaan (Anak), a land rights group linked to PAS, claimed it had evidence of the controversial loan in the form of a record in a past Felda meeting's minutes.

Teras' call comes hot on the heels of a plague of lawsuits against Felda, the latest of which is a RM344 million suit for fraud and breach of trust brought by 711 settlers in Jengka, Pahang.

Good day! Do you know if they make any plugins to help with Search Engine Optimization?
I'm trying to get my blog to rank for some targeted keywords but I'm not seeing very good results.

If you know of any please share. Many thanks!

Write more, thats all I have to say. Literally, it seems as though you relied on the
video to make your point. You definitely know what
youre talking about, why waste your intelligence on just posting videos to your blog when you could
be giving us something enlightening to read?

I’m not that much of a internet reader to be honest but your blogs really nice, keep it up!

I'll go ahead and bookmark your site to come back in the future. All the best

When I initially commented I clicked the "Notify me when new comments are added" checkbox and now each time a comment is added I get three emails with the same comment.

Is there any way you can remove people from that service?

This design is wicked! You definitely know how to keep a
reader amused. Between your wit and your videos, I was almost moved to start my own blog (well, almost.
..HaHa!) Fantastic job. I really enjoyed what you had
to say, and more than that, how you presented it.
Too cool!

Whats up this is kind of of off topic but I was wanting to know if blogs use WYSIWYG editors or
if you have to manually code with HTML. I'm starting a blog soon but have no coding skills so I wanted to get advice from someone with experience. Any help would be greatly appreciated!

Take a look at my site: folije

Have you ever considered about adding a little bit more than just your articles?
I mean, what you say is valuable and everything. Nevertheless
think of if you added some great visuals or video clips to give your posts more,
"pop"! Your content is excellent but with pics and video clips, this website
could definitely be one of the very best in its field.
Excellent blog!

Hey! I'm at work browsing your blog from my new apple iphone! Just wanted to say I love reading through your blog and look forward to all your posts! Keep up the outstanding work!

Greetings. I am wondering if you would be interested in doing a link exchange?
I notice your website: http://www.blogger.
com/comment.g?blogID=1624275106440922314&postID=7118741724892290823 and my website
are structured around the same subject. I'd really like to switch links or perhaps guest author a article for you. Here is my personal email: denishaotoole@yahoo.de. Please make sure to contact me if you're even slightly interested.

Here is my web blog - www.4networking.biz

Hi there just wanted to give you a quick heads
up. The text in your post seem to be running off the screen in Chrome.
I'm not sure if this is a format issue or something to do with web browser compatibility but I thought I'd post to let you know.
The layout look great though! Hope you get the problem resolved soon.
Thanks

Hi are using Wordpress for your site platform? I'm new to the blog world but I'm trying
to get started and set up my own. Do you require any coding expertise to
make your own blog? Any help would be really appreciated!


Have a look at my page; pc

Exploring stumbleupon.com I noticed your website bookmarked as: Blogger: tumpang sekole.
..?. I'm assuming you bookmarked it yourself and wanted to ask if social book-marking gets you a bunch of targeted traffic? I've
been considering doing some bookmarking for a few of
my sites but wasn't sure if it would produce any positive results. Thank you.

Hey there! Do you use Twitter? I'd like to follow you if that would be okay. I'm
definitely enjoying your blog and look forward to
new posts.