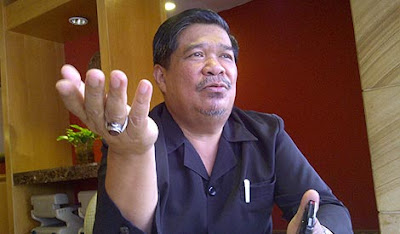 But in an exclusive interview with Malaysiakini yesterday, the seasoned politician, popularly known as Mat Sabu, said he is nonplussed.

To add fuel to fire, Mat Sabu went as far as citing DAP-led Penang as a model for progressive governance that PAS-led governments should exemplify.

"It is difficult to govern at state level, but we strive for good governance. People will say that I am pro-DAP and all that, but it appears that the (Penang) Lim Guan Eng government is enacting change.

"(PAS) is now in power in Kedah and in Kelantan, but change has been slow moving and not enough. Like in Kelantan, from a good governance point of view, there is too big a reliance on (MB and PAS spiritual leader) Nik Aziz Nik Mat. Without him, things could get difficult," he said.

Mat Sabu said the Kelantan PAS government, which has maintained an uninterrupted hold on the state since 1990, could expand in areas like policy to curb the abuse of power among the ruling class. "Executive councillors and assemblypersons (in Penang) are not allowed to apply for government land. These are the sorts of things which need to be changed by the PAS leadership," he said.

Making scathing criticism on some quarters within his party, the PAS stalwart said that despite being an Islamic party, members of PAS and even some in the leadership sometimes fell short of the values espoused by the religion. Instead of being on the forefront of advocating for human rights, fighting for the oppressed and pushing for better governance, he said, many still carried on with the shallow politics of vengeance.

"During ceramah, we ask the people whether we should detain (Prime Minister Najib Abdul Razak) under the Internal Security Act once we are in power, and people say 'yes'.

"Some say things like, 'If PAS does not take it, then Umno will (to justify graft), which means that (the parties) are the same. I face this internally, like for the issue of timber (in Kelantan)," he said.

He added that PAS' somewhat dismissive attitude toward the promotion of human rights was exemplified by its relative silence on the death of senior Customs officer Ahmad Sarbani Mohamed, who was found dead outside the Kuala Lumpur Malaysian Anti-Corruption Commission office.

"Compare this with how the Chinese reacted to the death of (DAP political aide Teoh) Beng Hock (who was also found dead, this time outside the Shah Alam MACC office). It's not about race, but about how Malays are fatalistic, leaving it all to God.

"That even when it comes to graft they can accept it by saying, 'we would probably do the same if we were in the position to'," he said, with cutting cynicism.

Datuks a dime a dozen

As the first non-ulama to hold the number two post in PAS in more than two decades, Mat Sabu appeared to have little respect for ulama who use religion to "prop up injustice".

"There have been ulama who try to cover up mistakes (made by) royalty or the elite. What if it was committed by the lower class? This is what I mean by human rights quite lacking among the Malays.

"Look at that woman who was made to do nude squats in detention. Who championed the issue? (DAP's) Teresa Kok and NGOs... Malays didn't seem to care," he said.

Not unlike enemy number one Umno, Mat Sabu said, PAS leaders too have increasingly started to chase titles, which he said only "revives a feudal system".

"If it was announced that everyone who wanted to get the title 'datuk' should go to the palace tomorrow, I believe PAS leaders will be jostling for a spot at the gates..." he said.

Having rejected two offers of datukship from him home state of Penang, Mat Sabu said his personal view on the matter would probably "get (him) scoldings" from the party.

"It's my personal view and I don't impose it on anyone... people in the party are happy to listen to differing views, but they may not be so keen to follow," he said.

While Mat Sabu feels that "one cannot throw a rock without hitting a datuk" nowadays, he can only smile when people tell him they are praying that he will be granted the title soon.

"That's the general view, as even our spiritual leader accepted a title, and so I have to keep quiet... oh, but I'm already talking about it now, so I'll be expecting some scolding now," he chuckled.