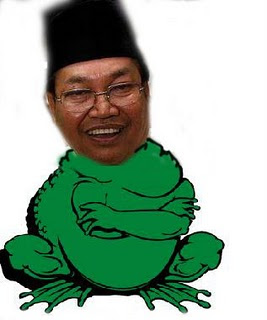 All-round condemnation has forced Perkasa chief Ibrahim Ali into a sharp U-turn, but he has only worsened the situation and it now behoves Prime Minister Najib Razak to show some fair play or risk being shut out by the community especially at the ballot boxes where it hurts most , say Chinese leaders.

"That is most flimsy excuse ever. It is really rubbing salt into the wound. This shows the total disrespect the Najib administration has for the Chinese," Gopeng MP Lee Boon Chye told Malaysia Chronicle.

Ibrahim and Perkasa had burned effigies of Ambiga Sreenevasan on Sunday, just hours before the official Bersih 2.0 launch. Ibrahim Ali is against the anti-election fraud rally slated for July 9. Ambiga is the chairman of the organizing committee for the Bersih rally.

A successful gathering is seen as a slap in the face for Prime Minister Najib Razak's leadership. It may also force his administration to agree on a slew of reforms which he is loathe to do as he needs every edge he can get to stave off the challenge put up by the Pakatan Rakyat led by Opposition Leader Anwar Ibrahim.

On Sunday, Ibrahim - caling himself "war general" - had threatened a reprisal on the May 13, 1969 racial riots. In retaliation, Chinese community leaders have called on their folk to vote for anyone but the Najib-led BN ruling coalition.

Scared by the ferocity of the counter-attacks, Ibrahim and his backers have now blamed the online news portals for misquoting him. However, his actions and words were also captured on film for all to see.

On Tuesday, this was the explanation offered by Ibrahim Ali for his rash words over the weekend.

“I said it was better for the Chinese to stay home and if they need to, stock up on food... what does that mean? That means that usually, when there are street protests, I do not see the Chinese participating," he screeched at reporters who surrounded him at the Parliament lobby.

“The Chinese never participate in street demonstrations as far as I am concerned. So this demonstration, I foresee that it will be the Malays from PAS participating and then Umno and us so it will be a clash among the Malays... so in order to avoid from it spreading to the other races, I said that it is better for the Chinese to stay back, that is all."

But sadly for Ibrahim, that is not all at all for all. Most Malaysian Chinese see the U-turn as funk by the rotund 60-year-old, who has been accused of being a political 'prostitute' by many of his foes. Indeed throughout his career, he has jumped from one political party and master to another.

But the Chinese are not amused. They want him to be punished for his words. They want the Najib administration to show some sincerity and fair play. Just last month, Ibrahim riled up the Christians in the country by declaring a holy war on the community.

Najib had also refused to punish him. Instead, minister in the PM's department Nazri Aziz called Ibrahim a "clown". It was clearly a slap on wrist and much too mild. It emboldened Ibrahim to attack the Chinese, who have long been suppressing their anger over May 13, 1969 attacks.

"Ibrahim can explain whatever he likes. But the issue is still the same. Why must the Chinese be singled out and why were the Christians also attacked last month? Why must the Chinese stay at home, and stock up, but the Malays and Indians can go out. It is an infantile excuse given by an imbecile. But it is no laughing matter. The Chinese are fed of being the punching bag of the UMNO elite. Same goes with the Christians," said Lee.

May 13, 1969 saw racial riots on the streets of Kuala Lumpur, where scores of homes were burnt to the ground and dozens of Chinese hacked to death by machete-wielding Malay Youths.

While deadly and intense, the so-called riot was limited in its breadth and many pundits say it was actually sparked by an UMNO power tussle. The unrest paved the way for Najib's father - the second prime minister Abdul Razak Hussein - to oust his boss, Tunku Abdul Rahman. 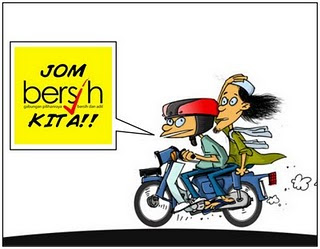