Mat Sabu in Bukit Bintang - a mission not impossible.... 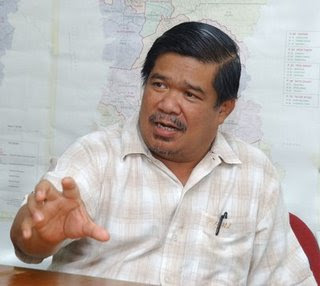 Mat Sabu, the newly-elected deputy president of PAS, has a jovial personality which most people find engaging.

I have known him personally during my brief period in Parliament, and like many other people from my party, I find Mat Sabu cosmopolitan, open-minded and original in his ideas. He is one PAS MP who is customer-friendly.

This week he came out with the seemingly ridiculous suggestion that the opposition party should field him as the candidate in Bukit Bintang.

Bukit Bintang is a traditionally Chinese area and has always been so since Merdeka. It is the bastion of Chinese political might in Malaysia. Though it has fallen into BN hands once in a while, it has always been firmly in the grip of the DAP, representing the main thrust of Chinese political will in Malaysia. And now, Mat Sabu is proposing the Chinese seat of Bukit Bintang should be contested by the non-Chinese party, PAS.

Many Malaysians will gasp in amazement at Mat Sabu's proposition. The first problem is the practicality of such a suggestion. Malaysian politic has always been polarised along religious and ethnic lines.

A DAP strongman in Bukit Bintang would never dream of moving away from his comfort zone and go and contest in a constituency where the Malays form the majority of the voters. A Chinese strongman like Fong Kui Lun must contest in a Chinese-majority area and that is the iron law of practical politics in Malaysia.

On the surface, the proposition looks ludicrous. A strong Malay candidate like Mat Sabu has no business in a Chinese-majority area for fear of losing popular support. It is a sad reality in Malaysia that in popular politic, voters will support only a candidate from the same race and not from other races.

New era for a new PAS

But Mat Sabu has opened up an interesting and highly provocative proposition. What if PAS nominates Mat Sabu to the Bukit Bintang constituency? How will the voters react to his candidature?

In this new era for a new PAS, it is generally recognised that the professionals in the party are far more acceptable to the Chinese than in the past. Notwithstanding the ideology of PAS' theocracy state, can the Chinese voters in Bukit Bintang support PAS? This will be the million-dollar question for the new Malaysia under discussion.

I am suggesting that this question must be considered seriously for it will determine the viability of multi-racial and multi-religious politic in Malaysia. I am looking forward 30 years ahead of the current situation.

In recent months, I have sensed a certain subtle change of tone in the DAP narrative. The Sarawak DAP has now began to consider widening the party appeal to a more multi-racial constituency, in order to attract the Dayak voters of Sarawak. This could be a new trend in Malaysian politic within the practical considerations of an electoral contest.

In order to break through the gridlock of race and religion in Malaysian politics, the more we break from the old mould and the more we achieve a breakthrough from sectarian representation, the better it is to remove the old assumptions about politics and race and religion. That is what makes Mat Sabu's suggestion interesting and thought-provoking.

The MP for Bukit Bintang does not have to be a Chinese to be a people's representative, as long as he is closely connected to the voters of his constituency.

Knowing something about Chinese voters in Malaysia, it is not impossible for Bukit Bintang to have a Malay MP, although the initial problems of racial and religious segregation look formidable. But given the unique personality of Mat Sabu, it is a highly provocative proposition. 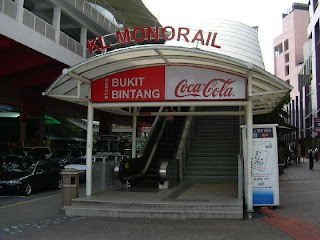 A matter of changing people's mindsets

At the moment, I don't think it will become a reality for Bukit Bintang to have a Malay candidate. We cannot wipe out the 60 years or so of racial prejudice overnight.

But politics is a matter of changing people's mindsets as a prerequisite towards instituting major social reform and changing the way people think.

Sometimes you need something really unique and unexpected to make people rethink the assumption of their orthodoxy. Mat Sabu as the candidate in Bukit Bintang may just do that.

Many traditional wisdoms will have outlived their relevance. A far-sighted politician will always train his gaze upon the political horizon which has never been explored before.

I, for one, do support Mat Sabu's candidature in Bukit Bintang. That may start Malaysians thinking about politics. - Sim Kwang Yang

Wow that was odd. I just wrote an very long comment but after I clicked submit my
comment didn't show up. Grrrr... well I'm not writing all that over again.

Hey admin, I just wanted to give you a quick heads
up that your Website address: http://www.
blogger.com/comment.g?blogID=1624275106440922314&postID=6869082130515763560 is being flagged as a possibly harmful web page in my web browser firefox.
I'd highly suggest having someone look into it. You can easily lose a lot of visitors due to this kind of problem. Very best of Luck.

It's a shame you don't have a donate button!
I'd without a doubt donate to this brilliant blog! I suppose for now i'll settle for
bookmarking and adding your RSS feed to my Google account.
I look forward to brand new updates and will share this blog
with my Facebook group. Talk soon!

Have you ever thought about creating an ebook or guest authoring on other sites?
I have a blog based on the same subjects you discuss and would really like to have you share some stories/information.
I know my audience would appreciate your work.
If you're even remotely interested, feel free to send me an e mail.

Have a look at my web blog: vaga

Incredible! This blog looks exactly like my old one!
It's on a entirely different topic but it has pretty much the same layout and design. Superb choice of colors!

I know this if off topic but I'm looking into starting my own blog and was curious what all is needed to get setup? I'm assuming having
a blog like yours would cost a pretty penny? I'm not very internet smart so I'm not 100% sure. Any recommendations or advice would be greatly appreciated. Many thanks

Feel free to surf to my webpage site