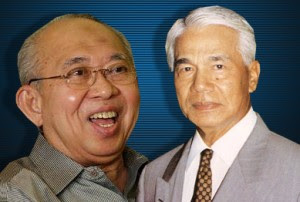 Umno veteran Tengku Razaleigh Hamzah said that Perak Sultan, Azlan Shah, did not have the power to remove former Pakatan menteri besar Mohammad Nizar Jamaluddin from his post in February 2009.

“The sultan can only appoint the menteri besar but does not have the power to remove him from his post which can be only done if he resigns on his own accord or is removed by a vote of no-confidence in a formal sitting of the (State Legislative) Assembly,” he said.

Razaleigh, who is fondly known as Ku Li, added: “I have even spoken to the Perak Raja Muda about this matter.”

However, the Gua Musang MP did not elaborate on what was discussed. Razaleigh said there must be separation of powers between the royalty, executive, legislative and the judiciary for the democratic process to be effective.

Before the controversial take-over of the state government by Barisan Nasional, Nizar had sought the Perak ruler’s consent to dissolve the state assembly to hold fresh polls but this was denied. The sultan instead gave his consent to BN to form the new state government with Zambry Abdul Kadir as menteri besar.

Razaleigh was answering questions from the floor after delivering his keynote address at an event held at the Taiping New Club here over the weekend.

To the question of whether Malaysia would become bankrupt by the year 2019 as predicted by Minister in the Prime Minister’s Department Idris Jala, the former finance minister dismissed this.

“I don’t buy the theory that the country will go bankrupt (by 2019 ) as God has given us the wealth of natural resources like gas and palm oil,” he said.

He added that the high price of gas and palm oil would keep Malaysia afloat for years to come, but stressed that there was a need to change the bad management of the country’s natural resources and finances.

“Malaysia can enjoy a much better standard of living than Singapore, Hong Kong and Sweden if we manage our finances prudently,” he explained.

On the increasing cost of cars which was going beyond the means of most Malaysians, Razaleigh suggested that protection given to national car makers be removed.

“Free the car market of import duty so that prices of cars will come down and people will have a chance to buy the cars of their choice,” he said.

“We must abolish the AP (approved permit) system as only cronies enjoy the benefits at the expense of the country’s economy. All government tenders must be open so that the government can save costs,” he added.

Asked whether the political uprising in Middle East countries would influence Malaysians, Razaleigh said: “Yes! The influence will be felt especially among the younger generation who are more knowledgeable as the world has become a global village.”

Despite his stinging criticisms, the Umno veteran denied that he would consider switching political camps.

“Pakatan Rakyat is not even a registered political body but a loose coalition. The question of serving the people can be based from any party and not necessarily from Pakatan,” he responded to a question.