PAS and the slippery Malay vote... 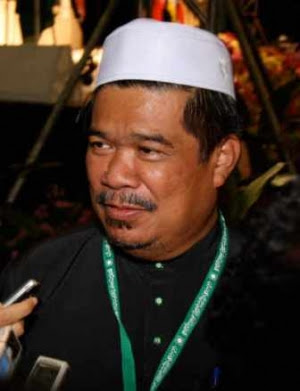 With progressive voices taking top leadership posts in PAS, the Islamic party is seen to be expanding its support base to appeal to a wider group of Malaysians. But as it assumes the post-2008 mantle of the second-largest political party, PAS faces its toughest challenge within its traditional support base - Malay Muslims.

In an interview last week, newly-minted deputy president Mohamad Sabu admitted that Umno's highly aggressive approach, rightly or wrongly, is turning some Malay voters away from the Islamic party.

“In the 1970s the issue was communism; from the 1980s to 2000 it was development but this issue no longer has traction as people are more educated. So in order to survive, Umno is using racial and religious issues,” he said.

One such Umno propaganda, he claimed, is to scare the Malays into thinking that they will no longer have representation as voting Umno out will put DAP, and thus the Chinese, in power.

“People in Gerik, in the interiors of Johor, they don't know the number of seats DAP is contesting. (They think) 'If Umno loses no one will protect the Malay' and when they believe this, and PAS machinery is not fast (enough) to counter this, then Umno makes gains,” he said. Such concerns have been obvious among the PAS leadership of late, with a convention having been held in Shah Alam to focus specifically on the issue.

Mohamad - better known as Mat Sabu - has been named to the party 'election cabinet' by president Abdul Hadi Awang. However, his election may not be able take the party far in expanding the Malay vote. A progressive centrist leader, he has been accused of pandering too much to Pakatan Rakyat partner DAP, while detractors have used his straight talk on religion to accuse him of being from an outlawed school of thought.

The fact that he does not have a background rooted in religion is also used to force a rift between him and the ulama in the party, particularly Abdul Hadi. But Mat Sabu has nothing but praise for the PAS president, saying the latter had never turned on his word by supporting a unity government with Umno.

“He never turned. The 'welfare state' concept was his idea in the first place,” he said.

Mat Sabu's stature as an upright leader in an Islamic party is also being dragged through the mud with renewed reminders of the khalwat case against him in 1995, for which he was acquitted. But laughing off the suggestion that he is Pakatan's new whipping boy, Mat Sabu said he is “not a liability, but in fact an advantage” to PAS in the run-up to the next general election.

“Youngsters today listen and when we go to the ground to provide information, the crowd we attract is very diverse. Umno can make temporary gains among the Malays but they're losing non-Malay support,” he said.

About 30 percent of voters are expected to be under 30 years by the time of the next general election. A recent Economist Intelligence Unit report noted that BN is losing its grip on urban Malays. But what of the rural Malay areas, which remain the largest repository of voters and are largely agreed to be where the battleground between BN and Pakatan will be?

For Mat Sabu, the answer is both simple and difficult, and old-fashioned as well - he said PAS should take its message to the grassroots.

“What we're doing now is the sort of things people did in the 1950s (at) those fiery ceramah...The question is how PAS can deflect (Umno's racist propaganda), like the (alleged) Christian conspiracy to turn the nation into a Christian state.

“Kampung folk don't know what it takes to change the constitution, it's not easy (to do so). But if PAS did not go down to explain, a riot could have happened ... These are the issues which Umno is dealing with,” he said.

With the BN anchor party willing to push to such limits, it would not be impossible to expect the ruling regime to resort to military rule in the event that BN loses the general election.

“It's a possibility, because India is the only country in the developing world which has managed to change governments through elections and not through the difficult road of revolution.

“But if the military takes over, Malaysia will have a hard time protecting its open economy...People here still have faith in the democratic system and want change through the ballot box.

“If this is denied, they could take to the streets maybe not today but in the next (decades), and what will happen? Look at Yemen, when will they rebuild their economy? Umno, whose members own conglomerates, should be mindful of this.” - Aidila Razak, Lee Way Loon and Salhan K Ahmad.
source:malaysiakini