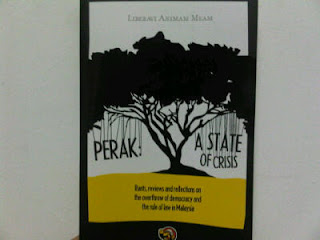 The document released by whistleblower website Wikileaks and published by the Malaysia Today news portal today said the US embassy here also concluded that the court had allowed the Perak Sultan to legitimise changes without voter input.

“Before this Federal Court decision, the assembly would have instead been dissolved for fresh elections, but now the sultan can legitimise the takeover without voter input,” said the cable classified by the embassy’s political affairs counsellor Brian D. McFeeters.

It also said that the February 9, 2010 decision in favour of Barisan Nasional (BN) “raised renewed questions about the independence of the Malaysian judiciary, already in question in connection with the (Datuk Seri) Anwar Ibrahim (sodomy) trial and other cases.” Three assemblymen had left PR and backed BN as independents, allowing Zambry (picture) to be sworn in by the Perak Sultan as mentri besar on February 6, 2009.

The ousted Datuk Seri Nizar Jamaluddin then challenged the validity of Zambry’s appointment in court, claiming the state constitution did not allow the Sultan to order him to resign as MB and that BN’s majority had not been tested in the assembly. 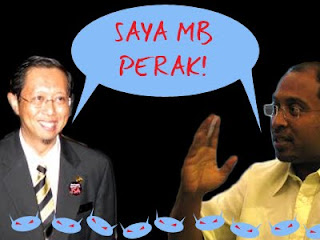 The cable also said that Nizar told a political officer in February 2010 that the ruling would result in “the Prime Minister or the Chief Minister holding office at the pleasure of the King or the Sultan,” setting a “dangerous precedent.”

Nizar’s lead lawyer Chan Kok Keong had also said that he was certain the apex court would make a “political decision” and rule in favour of Zambry, thereby “rewriting its own decisions and the constitution.”

But Zambry’s political secretary and assembly speaker Datuk R. Ganesan both told the embassy official that the court “will make the right decision” by ruling in favour of BN.

The decision came under fire from the opposition and other voices such as retired Court of Appeal judge Datuk Chan Nyarn Hoi who said the apex court contradicted itself in its judgement.

““They say Nizar can take a vote of no confidence now, but why couldn’t they do it earlier?” he had said.

The leak comes as Anwar’s sodomy trial, which has been in the spotlight internationally, progresses to the defence case. Questions have been raised over the conduct of the trial in which the former deputy prime minister has thrice failed to recuse the judge, although the matter is currently being appealed at the Court of Appeal.

An independent poll of Perakians in February 2010 also found that three-quarters wanted fresh elections to solve the political crisis. However, anger over the takeover appears to have dissipated as PR surveys show that it would have won 40 seats or a two-thirds majority in the 59-seat assembly back in February 2009 but only 33 if an election was held now.