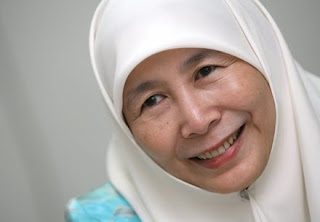 The PKR's new leadership line-up announced today is a mixed bag of new and old faces. But contrary to initial speculation, the list does not appear to be heavily inclined towards deputy president Azmin Ali's team.

The biggest surprise, however, is the appointment of human rights lawyer N Surendran, 44, to the vice-president's post. He did not offer himself as a candidate in the recent party polls.

While most of the appointments saw young faces and Anwar-loyalists such as Rafizi Ramli taking the strategic director's post and Pantai Jerejak assemblyperson Sim Tze Tsin becoming the deputy information director, there was also a reshuffle among the party heavyweights.

Lawyer Latheefa Koya now heads the newly-set up legal bureau while Dr Mohd Nor Manuty will be replacing her as information chief. Azmin Ali will also be the new elections director, in place of vice-president Fuziah Salleh.

When announcing the line-up at a press conference in PKR headquarters in Petaling Jaya this afternoon, party president Dr Wan Azizah Wan Ismail said that those appointed have been notified and all have accepted.

"So this issue of rejecting any position does not arise at all since everyone has accepted their posts," she said.