Khir Toyo - WikiLeaks are mere diplomatic gossips not to be taken seriously.... 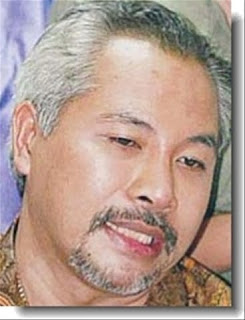 Referring to the cable on Anwar Ibrahim's sodomy trial provided by whistleblower website WikiLeaks to the Sydney Morning Herald, Khir added that such information should be regarded as “diplomatic gossip”.

“What was recorded in the relevant diplomatic notes were discussions and gossip that has been common in Malaysia for years. “It was merely raised again by Singaporean leaders to diplomats from other countries and it became a classified diplomatic document for the United States. “This does not mean that it is true, let alone factual,” said Khir in a posting on his blog today.

He explained that diplomatic notes more often recorded the diplomat's perceptions which may not necessarily be true. In the case of Singapore, Khir pointed out that the cables do not provide any evidence to back the claims.

He added that if issues raised by WikiLeaks were used overzealously, it would have a serious effect on the public and some court cases. “I fear that there are some people who are confused about WikiLeaks and takes it as facts which will later influence their decisions,” he said.