Anwar - Price hike that hurts the poor while IPPs are spared.... 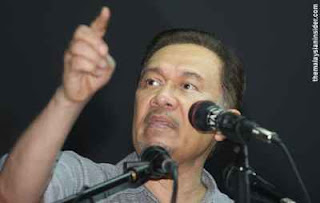 Anwar Ibrahim has lambasted the government for the price hikes on fuel and sugar announced yesterday evening going after “small change” from the lower income group “when similar zeal is not shown vis-a-vis the rich corporate giants”. He said a similar phased removal of subsidies for “wealthy independent power producers (IPPs) owned by business elites and cronies of Barisan Nasional” was part of Pemandu's plan.

“Amazingly, the only hikes implemented so far are on those items that hit directly on the people's purse; not the cronies,” said Anwar.

He revealed that the government through Petronas currently subsidises the IPPs and industries to the tune of RM19 billion annually, as the subsidised gas price of RM10.70 per mmbtu (for IPPs) is remarkably lower than the average market price of imported gas of RM38 per mmbtu (should the country need to import the gas to meet the demand against a shortfall in production).

Anwar called for Prime Minister Najib Razakb to explain why he was targetting the subsidy cuts at the rakyat rather than the industry. “This is more so when nothing has been done so far (despite promises after promises) to reform the subsidy allocation system. “This is pivotal to ensure that the lower income group will continue to benefit from state assistance to counter the rising cost of living.

“Pemandu seems to be extremely efficient at pushing for the subsidy removal; yet extremely slow at coming out with a solution to redistribute the subsidies that are meant for the poor,” said Anwar. “It chases the small change in the form of subsidy removal on household items most widely used by the people, yet it procrastinates on confronting the real subsidy monsters (in the form of the IPPs).” 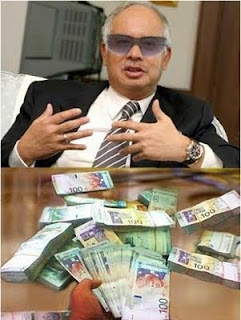 He also blamed the BN government for it's “carefree spending in the last decade” having contributed to the necessity for subsidy cuts to ease the national deficit. “In the end, the RM126 million saved from the 16 July's 20 sen hike on sugar is not even enough to pay for Pemandu's own exorbitant cost as reported by Malaysiakini,” said Anwar. “Where is the moral authority of a government that takes RM126 million from the poor to pay RM66 million to consultants for the set up of a government unit and another RM65 million for its whole operation in 2010?

“Hence, I take the recent announcement on NEM with a pinch of salt,” he said, adding that the BN “will continue to hoodwink the public” on the so-called transformation of the public sector when it was really just paying the “new breed of civil servants in Pemandu top of the range salaries that will easily beat the private sector”. He also rubbished the NEM's promotion of liberalisation and deregulation as lacking in “honesty” of execution, citing how YTL was allegedly awarded the 700 MHz TV spectrum broadcasting band without an open tender.

“This is not surprising as the whole machination of this administration is based on the perpetuation of a public image crafted by firms of public relations that are paid by the taxpayers' money – with the sole intention of buying Barisan Nasional additional time before the people cast their judgement,” he said.

He warned that further price hikes can be expected as “the originally proposed quantum of price hike was at 10 sen per price hike for every 6 months.” Adding that if the BN administration was not checked, “...we are definitely en route to paying a fuel price at RM2.10 litre within a year's time.”