A survey by independent pollster Merdeka Centre has revealed that almost two-thirds of Malaysians are against the federal government's plans to build the 100-storey Warisan Merdeka tower. The survey involving 1,005 respondents from Peninsular Malaysia saw 65 percent of them disagreeing with the plan, while only 25 percent of the respondents were in favour. Ethnic Chinese respondents constituted the highest among those who disagreed - at 75 percent. This was followed by Malays (60 percent) and Indians (58 percent).

The 100-story tower, which will eclipse the iconic 88-storey Petronas Twin Towers, was announced in Prime Minister Najib Abdul Razak's budget speech in October. This project, reportedly costing RM5 billion, was swiftly met with criticism from the public and the opposition, arguing that the government had misplaced its priorities.

Many critics have suggested that the money would be better spent on improving public transportation, welfare or infrastructure. Even former premier Dr Mahathir Mohamad warned that it would add to the city's property glut. 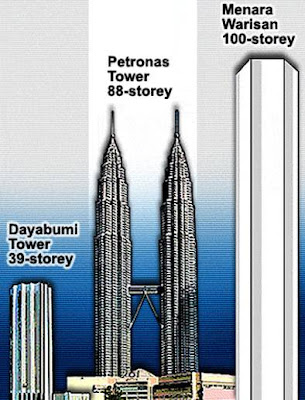 Close to 280,000 people have signed a Facebook petition against the new skyscraper, saying that taxpayers' money would be better spent on education, healthcare and public transport. Najib has defended the project, saying it would proceed if studies showed that it was commercially viable, adding that it would be funded by government-owned fund manager Permodalan Nasional Bhd, rather than through public coffers.

"People feel there is potential for wastage and corruption. They fear this is going to be another white elephant," he said, adding that if the government continues the project it will become an election issue among urban voters. Some political pundits expect Najib to seize on disarray within the opposition and his improved standing among voters to call snap elections early next year. 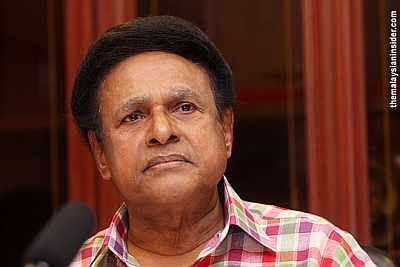 The survey had also found the majority of respondents agreed that S Samy Vellu's decision to step down as MIC president would help the party regain trust from the Indian community. A total of 53 percent of respondents agreed with the move while 19 percent disagreed, with the rest being unsure. Interestingly, the highest number of disagreements were recorded from the ethnic Indian respondents, at 29 percent, but 57 percent agreed. Most ethnic Malay respondents (60 percent) agreed that Samy Vellu's exit was a good thing for MIC and only 19 percent disagreed.

Meanwhile, the majority of the Chinese are indifferent with 45 precent said they either "don't know" or did not give any response. Nevertheless, 39 percent favoured Samy Vellu's resgination, while 16 disagreed. Samy Vellu helmed the MIC for 32 years and finally stepped down on Dec 6, paving way for his deputy G Palanivel to take over.

PKR polls damage not too serious 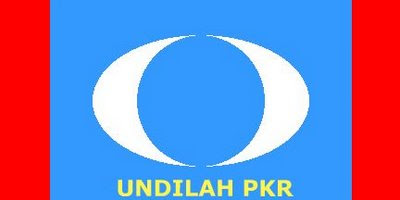 Meanwhile, the survey also found that the public opinion on PKR may not have been badly affected by the flood of bad press on its fractious internal elections as initially thought. Asked if news reports about the polls were exaggerated, or accurately reflected the events, about a third (34 percent) believed that the reports were exaggerated.