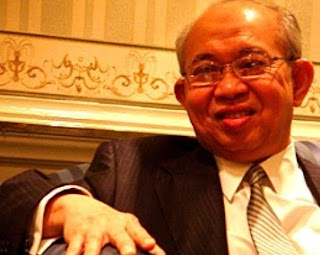 According to him, many people were still unhappy over issues such as administration of law and corruption.

“Look at the case of Perak,” the Gua Musang MP said in a press conference when asked if BN had gone far enough in terms of reforms. “People can see things were not done properly. They are against the constitutionality of the appointment.”

The former finance minister also said corruption had become “endemic” and that people were complaining to him about it.

“You can arrest one or two people before the general election but it is not going to solve the problem,” said the Kelantan prince popularly known as Ku Li. Earlier today, former Selangor mentri besar Datuk Seri Dr Khir Toyo had been charged in the Shah Alam Sessions Court over land fraud involving the purchase of property in Section 7, Shah Alam.

The Kelantan prince, who helped lead the Barisan Nasional to victory in the recent Galas by-election, also said that people’s attitudes have changed and it was not easy to get their votes as before.

“Don’t think that Galas is a green light to say that people have switched to BN,” he said.

The improved popularity of the prime minister, looming Sarawak state elections and problems in the opposition are among the factors contributing to expectations that an early general election will be held next year.

Prime Minister Datuk Seri Najib Razak appeared to ratchet up the election mood over the weekend when he blasted the opposition and called upon BN to defend Putrajaya, at a rare convention involving all the coalition’s parties — the first since the reversal in Election 2008. The Najib administration’s mandate does not expire until 2013.

The Khir Toyo corruption case is another 'sandiwara' by MACC and government to hookwinked the rakyat into believing that the BN government is serious in wanting to curb corruptions. Remember the Kasitah Gadam and Eric Chia.....

IN GALAS, HE DIE-DIE ALSO SAID UMNO-BN IS THE ONLY PARTY FOR THE PEOPLE.

HE CAN GO EAT PIG SHIT AND ROT IN HELL FOR ALL WE CARE!!!