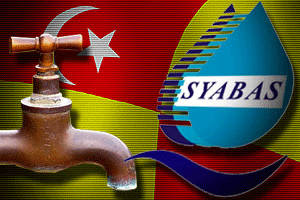 Kuala Lumpur police today issued a stern warning against organisers and participants in the two rallies in the nation's capital planned for Sunday.

Newly-installed KL police chief DCP Zulkifli Abdullah warned that both gatherings are deemed illegal as no permit for an assembly has been issued.

“We have received information that there will be two groups demonstrating in Kuala Lumpur. Neither has applied for a permit for any gathering, so, therefore, these are illegal.

“I also regret that there are state leaders who have encouraged the public to take part in the gatherings, when they know that they are illegal.

“There are many other lawful ways to hand over a memorandum,” he said at a press conference at the KL police headquarters this afternoon.

Insisting that he has “no issue with people wanting to hand over memoranda”, Zulkifli said that his only beef is with the methods.

“KL, even without a rally, is already congested. So this rally will affect public order, and cause unhappiness,” he said.

News reports say the Selangor state government is planning a rally to appeal for royal intervention in the state's water tussle with the federal government and water concessionaire Syabas, which may see the water tariff shoot up by 37 percent.

Rally participants intend to march from the National Mosque to Istana Negara, where they hope to hand a memorandum to the Yang diPertuan Agong.

Also, an anti-Selangor government group calling itself "Gaps", is planning a counter-protest against the Khalid Ibrahim administration's “abuse of funds” and “corruption”. 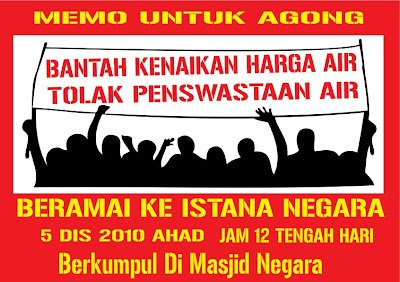