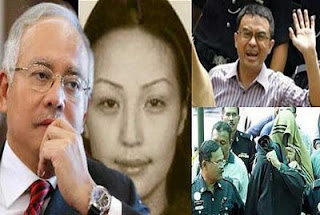 Over the weekend, a series of cables, obtained by WikiLeaks and published in Australia’s ‘The Sun-Herald’, disclosed discussions between senior US officials and their Singapore counterparts Peter Ho, Bilahari Kausikan and Tommy Koh. All three Singaporeans gave damning assessments of Malaysia in the period 2008 and 2009.

Prime Minister Najib Abdul Razak avoided the press on Sunday, when the Wikileaks revelations first appeared in the Malaysia online news portals. A day later, Najib issued his first public statement about the disclosures and told Malaysians to ‘ignore contemptuous regional neighbours and focus on achieving the country’s goals instead’. “We can show to our neighbours, that although sometimes they make disparaging remarks about us, that Malaysians can actually achieve. The greatest achievement is when we can be a developed nation by 2020.” said Najib in a speech at the 1 MCA Medical Foundation fund-raising dinner.

Surprisingly, none in Najib’s administration have come to the defence, either of Najib's leadership or of Malaysia. Could it be because there is a 'blanket-ban' on the words Altantuya and murder? In the end, it was left to the ‘lone ranger’ Ibrahim Ali who claimed that the Wikileaks expose revealed the island republic’s “jealous” nature.

The Perkasa president believed that the island state had long held a “grudge” against Malaysia, and that the disparaging comments of its senior government officials betrayed its “true colours.” “I am convinced that they (Singapore) are really jealous of Malaysia as they are not happy with Malaysia on many things. I am not surprised with the WikiLeaks report about Singapore... they are the ones that actually practice ‘politik sempit’ (narrow-minded politics),” said Ibrahim.

The Singaporeans officials had reportedly said “Malaysia’s decline” was fuelled by incompetent politicians. Other less than complimentary descriptions about Malaysia’s prime ministers, past and present, were also made. One of them called Najib “an opportunist” and referred to his alleged involvement in the Altantuya murder. Ibrahim also alleged that Singapore had vested interests in wanting to cause discord in Malaysia.

“I think they have their own agenda, and they also have political allies in Malaysia. The DAP was once part of Singapore’s PAP (People’s Action Party). They just want to mess around with Malaysia because they are not satisfied with Malaysia’s achievements,” said the Pasir Mas MP.

The Singaporean officials’ remarks have already strained ties between the two countries. Najib may have shown great restraint at the accusations hurled at him and his administration, but is that enough? What happened to the show of support from his cabinet or fellow politicians to condemn the Singaporeans for calling Malaysia and its leaders, names?

Regardless of whether the accusations were true or not, although many believe them, the Malaysian politicians should at least show that they are not meek. Couldn’t they have at least come to the defence of their country, if not their leader(s)? Many of us would hate to admit it; at least Ibrahim Ali did admonish Singapore, even though they were all for the wrong reasons.-Mariam Mokhtar 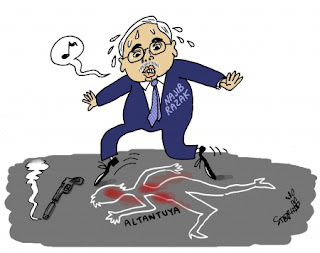 How competent are our UMNO leaders when everyone knows...

- that Najib's bodyguards killed Altantuya without any motive.

- that Altantuya's immigration records disappeared on its own.

- that RM400 million commission, not considered as corruption money.

Do these UMNO leaders think we are stupid like them?

In fact, Mr.Najib Malaysia is run by not competent politicians but 'CORRUPTED' politicians. No wonder Singapore leaders are laughing at our stupidity....