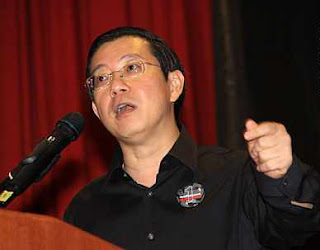 The DAP said today PLUS Expressways is “cheating” the public especially Penang folk by extending toll collection on three highways as part of a deal that sees the highway concessionaire waive RM6.5 billion in compensation from the government.

Secretary-general Lim Guan Eng said the 17-year toll extension on the Penang Bridge to 2038 was “in fact a toll increase.”

“What waiver? They are cheating. I thought only my children will pay the toll but now even my grandchildren will pay. This deal punishes Penangites,” the island’s chief minister told a press conference.

Publicity chief Tony Pua also said that with two of the three extensions affecting Penang specifically, “most of the burden of covering the waiver falls on Penangites.”

The Petaling Jaya Utara MP noted that toll on the Butterworth-Kulim Expressway will also be extended by 12 years to 2038, while that on the NSE Central Link would be extended by eight years.

Lim (picture), who is also Bagan MP, said that PLUS should stop collecting toll after collecting over RM24 billion from the North-South Expressway alone.

“The construction cost is only RM6 billion, so they’ve made over three times their cost,” he said.

UEM Group Berhad and the Employees Provident Fund (EPF), the new owners of the assets of PLUS Expressways, announced yesterday they had waived their right to some RM6.5 billion in compensation in exchange for extensions to the concession periods up to 2038 for the three highways. 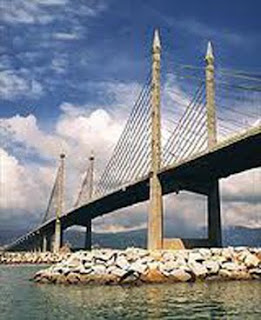 UEM and EPF also said that toll increases for the North-South Expressway (NSE), the crown jewel of PLUS, will be lowered from 10 per cent every three years to five per cent at the same intervals, while the Penang Bridge will see no increase.

The government owed PLUS billions in compensation due to the decision to freeze unpopular toll hikes that were stipulated in the original concession agreement, until 2015.

Following the signing of the new agreements with the government last week, the revised concession agreements and assets will be placed under Project Lebuhraya Usahasama Berhad (PLUS Berhad), a wholly-owned subsidiary of PLUS Malaysia Sdn Bhd.

PLUS Malaysia is the investment vehicle owned 51 per cent by Khazanah subsidiary UEM Group and 49 per cent by EPF.

EPF and UEM had last November proposed to privatise PLUS Expressways for RM23 billion but with the condition that the toll concessions be revised.

With the revised concessions now agreed upon with the government, PLUS Malaysia will proceed to complete the acquisition of assets and liabilities of PLUS Expressways by next month, after which the latter will be delisted.

PLUS Expressways currently has about RM33 billion in outstanding loans.