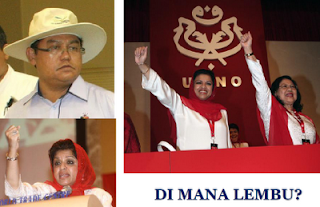 UMNO top leaders rushed to defend the indefensible on Tuesday. The object of their protection was Shahrizat Jalil, the Women's chief and also Women's minister, and her involvement in the RM250 million National Feedlot Centre financial debacle.

Both Deputy Prime Minister Muhyiddin Yassin and former premier Abdullah Badawi insisted Shahrizat was not to be blamed, arguing it was her husband and family who ran the NFC project.

"That sounds like they are saying she doesn't know what her husband and her own children are doing. She is the mother in their family unit, and they don't discuss or talk about the RM10 million condo at all in her presence. Isn't that strange?" PKR vice president Chua Jui Meng told Malaysia Chronicle.

"Are they saying her husband and children stop talking about NFC the moment she enters the room? Are they also saying she didn't know that they got the NFC project and as such there is no conflict of interest? Umno's excuses are becoming more and more absurd. The explanations given by Badawi and Muhyddin are very disappointing, worse than Khairy's given that their status is higher."

In the past weeks, the national project to raise beef production and keep prices cheap has come under the spotlight. It was granted to Shahrizat's family while she was a Federal Cabinet Minister.PKR, which blew the whistle on the scandal, insists there was no publicly announced open tender.

It accused Shahrizat's family of siphoning out more than RM83 million and awarding huge discounts worth millions to other food and beverage firms owned by the family. Shahrizat's Umno colleagues have denied it on her behalf, while she has accused PKR of a political plot to create turmoil in the party's Women's wing.

But the big PKR revelation that shocked the nation was how NFC could issue a cheque to buy a super-plush condo in Bangsar worth some RM10 million for Shahrizat and her family.

Khairy Jamaluddin, the Umno Youth chief, had insisted that this was an investment. He said NFC had excess cash while waiting to snap up satellite beef farms, and as a 'short-term' measure, decided to invest in the property market so as to gain better returns. Khairy's facetious explanation was almost as shocking as the news itself of what has now been tagged the 'cow condo' scandal.

"The business is run by her family and she is not involved. "Whether it is right for Kinabatangan MPBung Mokhtar to call for her resignation, I think he can think for himself. An explanation by the company can help the public understand the issue better," Muhyiddin told reporters on Tuesday.

“Ask the individual concerned. What’s it got to do with Shahrizat? It’s her husband… Shahrizat’s not involved, so don’t ask her. If Shahrizat were the CEO then sure [you can ask her] but right now she’s not involved and it is very unfair to label her as involved," Badawi also told reporters at a separate press conference. 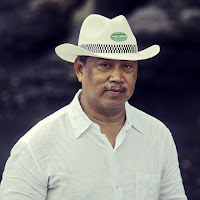 The flimsiness of the excuses offered by the top Umno duo attracted even more scathing criticism. Badawi and Muhyiddin were accused of trying to justify the use of 'proxies' to legitimize what was in actual fact "plain-vanilla corruption".

"If what Badawi and Muhyiddin are saying is true, then any one who wants to be corrupt just has to siphon out everything using the family's or friends' names and they are not involved and cannot be blamed or prosecuted," PKR vice president Tian Chua told Malaysia Chronicle.

"Look at how rich Mahathir's sons are. Badawi's own family are also extremely rich including Khairy himself. Najib's son Mohd Nazifuddin is now also making waves in the local stock market.

Should we declare the activities of the children and family as questionable, but still let the Umno elite continue to rule the country and to keep approving the corrupt deals to benefit themselves. Put the question to Malaysians and let's hear it from the people. Is corruption through proxies okay?" - Wong Choon Mei


wira - Why isn't Shahrizat involved? If she is not a top wanita UMNO leader, does anyone think her family which has no previous experience in cattle rearing business would have obtained the soft loans and grants to start a million ringgit company called NFC ? UMNO leaders are already immune to shame and criticisms.

Malaysian 53 - Mr Deputy Prime Minister, do you think Malaysia is full of Idiots like those around you? Sharizat does not have a say in the project being awarded by you, Muhyiddin when you were the Agro minister! You think we are all fools to abide by your pronouncements! There is no control over the disbursement of funds by a government agency? May we know to whom were the funds distributed after the release to the NFC Companies.

Mirror thyself - A classic example of I scratch your back, you scratch mine...Mohideen has to defend Shahrizat so that she does not do a U-turn on him and other UMNO cronies.

How could Sharizat not be involved?

It is because of her connections that the project was given to the family and given special and preferential treatment as well.