Someone should go to jail in cattle farm scandal... 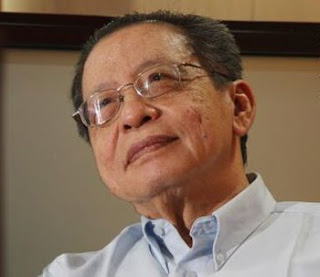 DAP’s Lim Kit Siang asked today if anyone will be jailed over the alleged financial abuse in a publicly-funded cattle farm owned and run by a federal minister’s family.

Allegations of financial impropriety have dogged the project after the Auditor-General revealed last month that the NFC had failed to meet production targets for 2010, despite benefiting from a RM134.72 million soft loan from the government.

“The prime minister, Datuk Seri Najib Razak or his deputy, Tan Sri Muhyiddin Yassin, who was agriculture minister when the NFC project was first mooted and approved, should answer this question in the minds of most Malaysians:

‘Shouldn’t someone go to jail?’” Lim said in a statement today.

He said the question was uppermost in the minds of Malaysians after Umno Youth chief Khairy Jamaluddin defended the NFC’s purchase of a RM10 million upscale Bangsar condominium as a “strategic” investment.

Lim(right)also questioned the inaction of the national anti-graft agency in probing claims that millions in federal funds meant for the cattle farm had been used for other purposes, in violation of strict loan conditions.

“If the cast of personalities involved in the NFC scandal had all involved Pakatan Rakyat leaders and their family members... there is no doubt that the Malaysian Anti-Corruption Commission (MACC) would have swooped in on the case from day one,” he said. 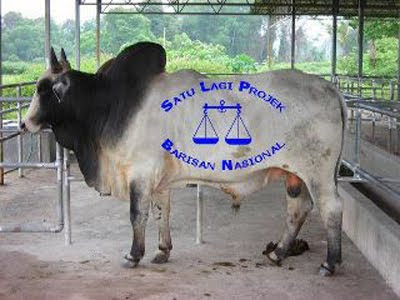 Shahrizat’s husband and children should come forward to clear the air given the numerous contradicting statements issued in defence of the NFC by Umno leaders like Khairy, Lim added.

“It is time that her husband Mohamad Salleh Ismail, her children Wan Shahimur Izran, Wan Shahimur Izmir and Wan Izzana Fatimah, break their silence,” he said.

“They should appear in the public to explain the numerous queries, contradictions and inconsistencies... especially as the explanations and justifications made on their behalf such as by [Khairy] have only dragged the Shahrizat family and the NFC scandal deeper into the mud.”

The Auditor-General’s Report released last month criticised the NFC for not meeting production targets, adding that the project was now “in a mess”.

PKR has alleged that the RM250 million soft loan was used to fund operations of associated companies also owned by Shahrizat’s family, in violation of strict loan conditions.

These are public and tax payers' monies which UMNO leaders have swindled and yet the MACC buat dont know!!!