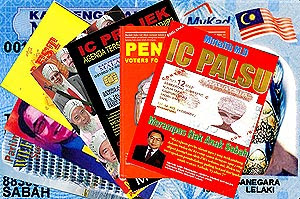 While Sabah political parties differed in their proposals to improve the electoral system, they were united in their complaints that the so-called Project IC has modified the state’s demographics and tainted the electoral roll.

Testifying at today’s second public hearing session by the parliamentary select committee (PSC) on electoral reform at the Federal Administrative Complex in Kota Kinabalu, several political parties called for the formation of a royal commission of inquiry (RCI)

Among the political parties testifying before the PSC led by its chairperson Maximus Jonhnity Ongkili today were Upko, LDP and PBS from the ruling coalition and PKR, DAP and PSM for the opposition.

Project IC was reportedly a concerted but covert operation in the 1980s and 1990s to grant identity cards to foreigners allegedly in an attempt to modify the demographics of Sabah in favour of Umno.

Sabah PKR committee member Dr Chong Eng Leong(left), who said that aside from an RCI, those who had obtained citizenship through questionable means should be reviewed.

“If you ask anybody - families, restaurant owners, plantation owners - if they’ve employed foreigners who have now become bumiputera citizens, all of them have this experience," said the former PBS politician.

Chong, who in the 1999 general election was successful in his petition to declare the election results of the Likas state seat null and void due to a questionable electoral roll, spoke at length about the repercussions of the covert operation.

He was among the key figures who exposed Project IC in 2006, during the Parliamentary Select Committee on Integrity hearing in Sabah.

He further pointed out Sabah’s unnatural population growth rate, saying if it had

“Our population was two-thirds that of Sarawak, but now it is the other way round.” followed Sarawak’s growth rate, the state should now have a population of 1.617 million instead of the whopping 2.354 million in 2010.

“They said all the phantom voters were gone, but when I did my research, they were still there, only 20,000 were expunged... Two years later they reinstated some 6,500 names,” he said.

Echoing this was BN component PBS Youth deputy chief Webley Disim, who said that his party was prepared to hand over a list of identity card numbers that are questionable.

“We do not deny the reports by NGOs that there is clear and solid evidence that there are questionable identity card numbers in the electoral roll.

“The EC must coordinate with the National Registration Department (NRD) and remove these names because they are illegal voters, they obtained their identity cards under the table,” he said.

Also in agreement was another representative from a BN component party, LDP secretary-general Teo Chee Kang, who called for a re-registration of voters in the state.

“There are just too many criticisms and accusations against the electoral roll... We believe in order to handle this problem once and for all, we are proposing re-registration of voters.

“They must come forward to show concrete documentation evidence that they are Malaysian Sabahans and for that matter, birth certificates are very important.”

However, when Maximus pointed out that it was a “mighty task” for the authorities to prove an individual was not a genuine citizen, Teo insisted that the onus of proof should be on the individual.

“As far as I know from my legal experience, he who asserts must prove... It is next to impossible to prove a negative.”

“Even though accusations have been made in the open, books have been written, but the people involved have not come out and defended themselves.

"As long as there is no RCI to investigate whether this happened or otherwise, the electoral list will be viewed as unclean,” he said. 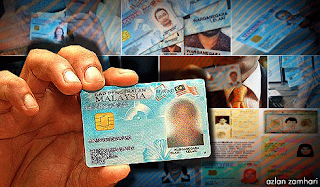 ‘Electoral roll should be tested in court’

Adding on, Sabah DAP secretary Edwin Bosin criticised the government decision not to allow the electoral roll to be challenged in court following the Likas petition.

“This is unfair, DAP in Sabah wants to see this ruling reviewed and rectified to give a legal opportunity for a remedy.”

Also in the DAP delegation was Sabah state chairperson Jimmy Wong, who called on the state assembly including PBS to support a motion to ask the federal government to set up an RCI into Project IC.

To this, Maximus, who is a PBS member, said his party had made a similar suggestion in 1990 but the RCI was not set up.

“Before, PBS was in the opposition, so I understand that. At that time the federal government may not take notice of your motion. So now, I hope Barisan Nasional in Sabah will make a stand,” countered Wong.

Meanwhile, SAPP president Yong Teck Lee, who arrived with a delegation of some 20 supporters, went on the offensive during the hearing. While also calling for an RCI into Project IC, Yong complained about alleged vote buying during the Batu Sapi by-election, during which he was a candidate.

“You should know, you handled the operation there (during the by-election),” said Yong.

To this, Maximus quipped: “I couldn't see all that, Batu Sapi is a large area, how can I know everything?”

While declaring that the genuine use of indelible ink would mean the BN would lose 20 of 60 state seats in Sabah, Yong queried it would also mean that BN would be the sole party with an ‘antidote’ to wash out the ink for multiple voting.

Maximus, however assured that the committee would personally test the ink before they provide any recommendations.

A total of 12 political parties, organisations and individuals testified at the hearing today.