IGP says no report from MACC on cattle condo scandal... 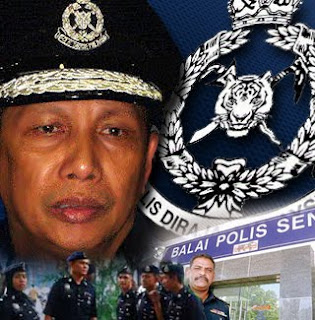 Tan Sri Ismail Omar today deflected questions on the National Feedlot Centre (NFC) “cattle condo” scandal, saying he has yet to receive any report from the Malaysian Anti-Corruption Commission (MACC).

“So far, I’ve not received anything yet,” he said when pushed for an answer by a group of reporters who accosted him as he was leaving the Selangor police contingent’s Deepavali celebration here this afternoon.

The Inspector-General of Police (IGP) initially appeared surprised when asked to comment and pointed out that the matter was a Malaysian Anti-Corruption Commission (MACC) case.

When informed that the MACC had passed the case to the police to handle, Ismail said he would have to check on the matter before issuing any statement. He left the function at the Selangor police headquarters here without further comment.

MACC said on Monday it would not probe the controversial RM10 million purchase of a condominium by the federally-funded NFC project, claiming it was a case for the police to handle as it involved an offence under the Penal Code.

In a statement, the agency said it had already referred the case to the police, adding that this was in line with advice from the Anti-Corruption Advisory Board to only investigate offences under the MACC Act.

PKR was first to claim of corruption in the purchase of the multi-million ringgit condominium belonging to the National Meat and Livestocks Corporation (NMLC), a company wholly-owned by Datuk Seri Shahrizat Jalil’s family.

Its secretary-general, Saifuddin Nasution, said the luxury apartment at One Menerung, Bangsar, was recorded by NFC, a cattle-farming project managed by the minister’s family, as part of a RM83 million “loan” to NMLC.

But Umno Youth chief Khairy Jamaluddin savaged the party for the allegations, claiming the condo was bought as an investment when the NMLC found itself with excess funds when the government ran out of funds to develop satellite cattle farms.

The Auditor-General’s Report released last month had criticised the NFC, pointing out that it was now “in a mess”. The report said production in 2010 was only 3,289 head of cattle or 41.1 per cent of the target set.

Agriculture Minister Datuk Seri Noh Omar, however, responded on October 31 that the project was a success and had met its targets. 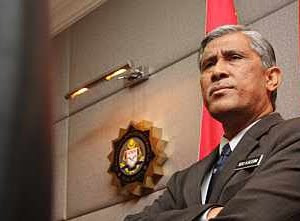