So what's next for NFC's transgressors... 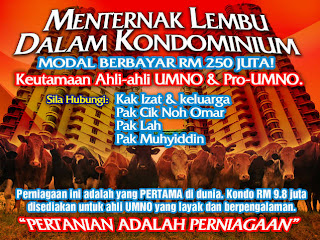 Most of us at one time or another had to stand in a queue at banks or financial institutions for a loan to buy cars or houses. Unless the paper work is completed, the loan agreement signed and duly stamped, even a copper coin will not be disbursed.

Besides, the loan agreement comes with all kinds of stipulations which we have to adhere to. We don’t even see the money as it is sent directly to the developer, his solicitors or the motor company.

Therefore, the revelation by the Public Accounts Committee (PAC) that millions were disbursed for the National Feedlot Centre project before the agreement was signed is an alarming and frightening disclosure indeed. It is a reflection of the malaise that has afflicted the country’s administration system.

PAC chairman Datuk Seri Azmi Khalid said,“The government should not go on like this ... year after year the PAC has been hearing the same problems and excuses being given at all levels and all agencies of government,” he told the posse of journalists at a press conference.

From funnelling licence fees to sports clubs’ accounts, and extravagant and non-beneficial projects to lawatan sambil belajar and the misuse of public funds, they have all been published in the pages of this newspaper. What action was taken against the infamous Zakaria Mat Deros and his illegal istana on land meant for low-cost housing in Port Klang? 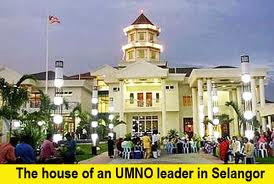 He never even bothered to submit building plans, misused his authority and ordered the destruction of a hawker stall so that his son’s unlicensed satay stall would have no competition, and attempted to make the Klang Municipal Council his family domain.

Instead of taking stern action, he was given a slap on the wrist (a fine of RM25,000, which was less then what the sinks and matching toilet bowls in the palace’s 21 bathrooms would have cost).

The powers-that-be even pronounced that “he is a good leader and we need his services”. And after he was charged with offences under the Companies Act, the charges were mysteriously withdrawn. These are microcosms of a system that the people have been used to.

Such an indifferent attitude has allowed the system and the culture that comes with it to flourish to the extent that no one is afraid of the repercussions for wrongdoing. Many believed and still believe they enjoy the protection of patrons and godfathers who can bail them out of tricky situations. How else would they have the gumption and audacity to disregard rules and regulations and even the law?

Would such action be not against the General Orders by which all serving officers are governed? What happens if, in his defence, the officer says: Saya hanya ikut perintah dari pihak atasan (I was merely taking orders from higher up)? Will they be fingered or will the matter be hushed up? 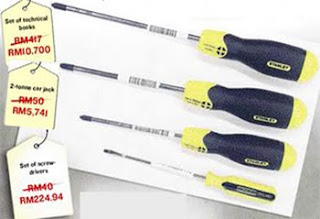 The annals of the auditor-general have not only narrated weak management but also the blatant misuse of money, corruption, sleaze and fraud. The Hansard also has records of similar issues raised in the august house.

From the archives of newspaper companies, there are even more reports. Although the miscreants were exposed, sorry to say, they have been allowed to continue with their shenanigans unabated.

Will the PAC come out of its shell with a “name and shame” policy so that the rakyat can identify and treat the wrongdoers like lepers of our society? Or will it be business as usual after two weeks as we forget about the failings of the system and await next year’s AG’s report to jolt us into action, yet again, albeit, for a short period of time? Your guess is as good as mine. - R. Nadeswaran a.k.a Citizen Nades