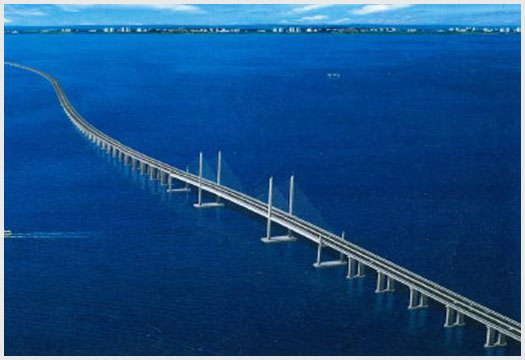 The toll for the Second Penang Bridge has been set at RM8.50 for cars, higher than the RM7 currently charged for the first bridge.

“According to the concession agreement signed on May 12, 2011 between the government and Jambatan Kedua Sdn Bhd, the toll suggested is RM1.70 for motorcycles and RM8.50 for four-wheeled vehicles,” said Deputy Finance Minister Datuk Awang Adek.

The Second Penang Bridge is due to be completed by 2013.

This is a slight reduction from figures announced by Datuk Seri Najib Razak last year.

The prime minister had said that toll rates for both bridges will be set at RM1.90 for motorbikes and RM9.40 for cars once the second bridge is completed until the first bridge’s concession agreement ends in 2018.

The Malaysian Insider reported last month that Putrajaya had forgone a cheap US$800 million (RM2.6 billion) loan from China to build the Second Penang Bridge, and has instead asked the state-owned Bank Pembangunan to further underwrite the construction of the 24km bridge.

The interest rate for the loan was set at three per cent for 20 years.

A source said that Bank Pembangunan has been told to give out a further loan apart from the RM1.7 billion issued to the joint venture between the Beijing-owned China Harbour Engineering Company (CHEC) Ltd and UEM Builders Bhd, which is owned by state asset manager Khazanah Nasional Berhad.

The Second Penang Bridge is managed by the Finance Ministry’s Jambatan Kedua Sdn Bhd and has been fraught with issues over a lack of urgency in its construction by the Chinese, who were keen to show their engineering capabilities beyond the Middle Kingdom.

The final figure of RM4.3 billion was agreed upon after the government had to put its foot down and set a benchmark after initial calculations showed that the cost of the project could go as high as RM4.8 billion.

Both UEM and CHEC have argued that the cost of the bridge has increased from RM3.6 billion in 2006 because of the sharp increase in the cost of materials, especially steel.

But Finance Ministry officials insisted that the bridge can be built at a cost of RM4.3 billion with both parties still making a reasonable profit.