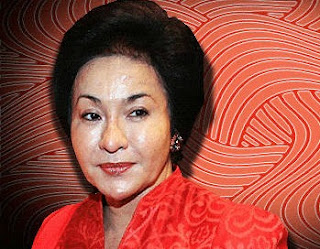 The talk of the town has been that the coming 13th general election is in November owing to the fact that Prime Minister Najib Razak has a liking for the number 11.

Thus, the number 11.11.2011 had been the favorite call for many election pundits and also 4D or numbers forecast practitioners, even though it was a Friday.

And in the aftermath of the Budget 2012, the Chinese media has forcast November 12, a Saturday, but would Najib really dare call for an election in November?

For one, the response to his much hyped-up spending plan has been weak to say the least, refelcting the low trust the people have in him and his promises.

Secondly, contrary to what most people think, even Najib himself is unsure of the date to call a general election and this means that more likely than not GE-13 will be delayed.

The right people to ask when the general election will be held are the elites in Umno. The faction leaders are the people to ask as to when the elections will be held and one of the most pivotal decision makers will surely be Rosmah Mansor, who is Najib's wife and de-facto head of his camp.

Failed to douse the infighting within Umno

In the 2008 general elections, the dismal showing of the BN due in part to the infighting within Umno. The state factions were so engrossed in fighting for their share of the monetary pie that they turned a blind eye to actually winning the election. This proved itself when BN lost 5 states to the Pakatan Rakyat.

Since then, these factions have grown and Najib has been ineffective in quenching the internal battles within Umno itself. Now, with GE-13 looming, the infighting amongst warlords for a stake in the premiership - whether direct or indirect - has racheted up a notch.

Already, former premier Mahathir Mohamad is leading the charge to replace Najib by sounding off, louder than ever, that elections should be held in 2012 rather than this year. Why is this so? On one hand, Mahathir is mindful of the sentiments on the ground.

The Malaysian public is not the same as in 2008. The urge for change has grown stronger and within both Umno and BN, the factionalising has also deepened.The BN is indeed facing a triple whammy. 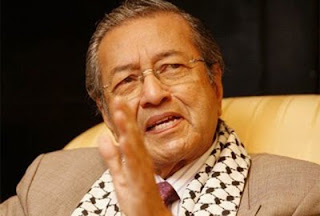 Mahathir knows this, and the wily politician in him senses that winning over the people is not merely a matter of handing out “one off” payments in Budget 2012, as Najib has done in his usual clumsy style.

In fact, Mahathir’s latest statement that Malaysia should be wary of falling into a financial crisis should be taken seriously. Najib hands out the sweets but fails to tell us how Malaysia is going to pay for the meat.

And this is clearly what Mahathir is pointing out. In the hands of Najib and his economic advisors, Malaysia is headed for bankruptcy. To stop this slide, there is a need to replace Najib at the helm and the best time to do that or at least begin the start of the move to dump him is during the Umno General Assembly in early December.

This is the dreaded date that is sending chills down Najib’s spine. Could Najib survive a coup from within his own party? Mahathir and gang are already priming the public for a move during the general assembly. A scandalous prime minister and party president is not something a political party can live with, and rest assure this will be on the minds of the delegates during the assembly.

March 2012 the next target date
If Najib survives the general assembly, then elections could come as early as March 2012. Why March 2012? The goodies of the Budget 2012 would have been passed around and trickled down. There is a chance Malaysians may forget political matters in the light of monetary sweets. The police force and civil servants would be reminded as to who their paymasters really are. That it is the BN government that paid their bonuses and “one off” ang-pows.

One can rest assured, the whole image of BN being a welfare-centric government would be played to the hilt to counter any talk of establishing a welfare nation by Pakatan Rakyat. And some even expect the use of the dreaded Internal Security Act until it is properly abolished. Others say it does not matter since new replacement laws will be in place to clamp down on dissidents, one way or another. This is the gamble, Najib is betting on.

For Najib, controlling the Umno delegates who attend the general assembly will be easier than controlling 14 million registered voters, provided he finds a way to fend off the warlords in his party.

Yet, at the end of the day the decision on when to hold elections may be as impulsive and as irrational as the contents of Budget 2012. And it may really be just because Najib likes the number 11 or because Rosmah said so.

Why was Rosmah in attendance? This is unprecedented in the 50-over years that the BN has held government. What importance does Rosmah have in finalising the details of Budget 2012? Did Siti Hasmah once attend such a meeting in all of Mahathir's 22 years in power?

So for all you pundits out there, forget about wondering when Najib is going to call elections. Really, he is as indecisive as ever but you may have better luck asking Rosmah, since the prime minister’s wife seems to be pre-briefed on all the nation’s secrets. Or perhaps the better description is that, she actually pre-determines all the national outcomes.