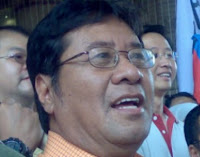 The Selangor government has tabled the much-touted Freedom of Information Bill. If passed, it would guarantee public access to state government documents. In tabling the Bill for its first reading today, state exco member Elizabeth Wong said this is a significant step for the state and is part of Pakatan Rakyat's efforts to instill good governance and transparency.

“Through this Bill, the people of Selangor will be restored their rights, which were theirs to begin with,” she said.

“Every citizen has a right to get information from all state government departments. We don't deny that this is a heavy responsibility for the government and its administration, but this is what having 'ketuanan rakyat' and reform means.”

The summary of the Bill describes it as a move to 'enhance disclosure of information for the public interest, to provide every individual an opportunity to access to information made by every department of the state government'.

Public access to state government information will be limited to any relevant written law, such as the Official Secrets Act.

The Bill is expected to go through the first and second readings during the ongoing state assembly sitting, before it is forwarded to a select committee for public consultation, research and study. The select committee will be chaired by Saari Sungib (PAS-Hulu Kelang) who will be assisted by six committee members.

The select committee is expected to table its findings, recommendations and any revisions on the Bill to the House for the third reading no later than April next year. Debating the Bill, Sulaiman Abdul Razak (BN-Permatang) said the proposed law is unconstitutional and violates the government's rights to keep secrets. Sulaiman said such powers should be vested in the federal government and that the state should have no say.