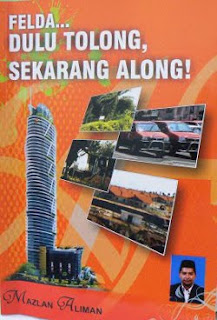 Sensing it has found Umno's soft underbelly, PAS today continued its onslaught against Felda by accusing the land development authority of abusing its cash reserve for individuals close to Umno.

PAS central committee member Datuk Husam Musa alleged that Felda has spent about RM500 million for projects which are unrelated to the body’s operation.

The Kelantan state executive councillor also claimed that an architect firm led by an Umno division leader from Terengganu was behind the projects.

“What has Felda got to do with MARA? The college costs RM 120 million and Felda happily paid for it. Perhaps they have too much cash that they don’t mind funding projects not related to their business,” he added.

Husam told The Malaysian Insider he made the revelation as the federal government has failed to explain clearly how Felda’s cash reserves had declined from RM4.08 billion in 2004 to RM1.35 billion in 2009.

The government has since clarified that RM2 billion was spent for replanting crops, RM603 million for interest-free housing loans, RM253 million for Sabah poverty eradication efforts and RM662 million was used for the controversial new Felda headquarters

“This is how I can help, whenever I can, I will reveal all the information in stages,” he said.

“I hope Felda can be honest in responding in their explanation on the declining cash reserve,” said Husam.

He also claimed Felda has lost about RM8 billion since 2004 and not just RM2.73 billion as declared by Deputy Minister in the Prime Minister’s Department Datuk Ahmad Maslan. 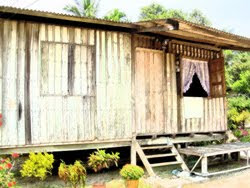 Felda was formed in 1956 to oversee development of rural land for rubber and oil palm planting and to improve the economic status of the rural community.

Pakatan Rakyat parties have focused on Felda's depleting cash pile after it tried to woo settlers in the Hulu Selangor by-election in late April.

PKR itself has appointed losing Hulu Selangor candidate Datuk Zaid Ibrahim to lead a committee to look into Felda settlers' issues, sensing that the settlers are a valuable vote bank in future elections.