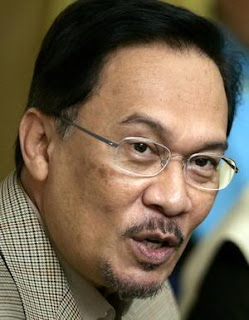 "The savings of RM750 million announced by the Prime Minister is minuscule compared to the leakages and wastage resulting from BN's negligence," said Anwar in a statement today.

Anwar said that the government is embarking on a strategy where a spendthrift government is funding itself by forcing the public to tighten its belt.

"Where is the dignity in a prime minister which takes the people's money - under the guise of 'subsidy restructuring' - and uses it to fund international consultants such as Apco (Worldwide) which costs RM77 million annually to boost his image?

"The cost of paying Apco (whose contract is for two years) is almost the same amount as government savings from (reducing) sugar subsidies which is RM126 million, according to government figures," he said.

Citing other examples, Anwar pointed to the revelation in Parliament yesterday that the Prime Minister's Department, under Najib's watch, spent RM3.8 billion in 2009 and its allocation is RM3.9 billion this year.

"This includes cost for maintaining the former prime minister's secretariat and the Permata secretariat which is headed by the premier's wife," added Anwar. 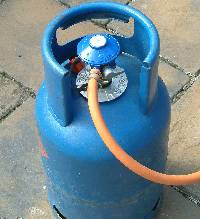 He contends that the RM750 million in "government savings" paled in comparison to the massive losses faced by government-linked companies such as Sime Darby, which recently posted a loss of RM946 million and received a government injection of RM700 million.

"Burdening the people on the pretext of reducing deficit and using 'government savings' to fund government excesses must be stopped immediately," he said.

Anwar argued that since the government had been announcing plans to slash subsidies in 2008, the public had still been waiting for the much-touted announcement on a subsidy restructuring mechanism to channel subsidies to deserving groups.

"Until now, the public is still waiting for such mechanisms to be announced, but since then, the public has merely been informed of one price hike after another," he said.

Citing the increase in the price of sugar, Anwar said that the government raised prices by RM0.20 sen on Jan 1 and RM0.25 today, which is a sharp 28 percent increase for this year.He argued that the effects of the sugar price hike was compounded by the simultaneous increase in petrol, diesel and liquified petroleum gas prices.

"The multiplier effect from the hike in these goods will burden the lower-income group who earn RM2,000 and below monthly - 75 percent of them are bumiputera, which are purportedly the focus of BN," said Anwar. 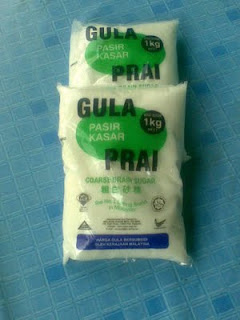 How will the 'savings' be spent?

In view of this, Anwar urged Najib to immediately lay bare his plans on how the RM750 million would be spent on the public.

"My advice is that the money be used to increase funding for tertiary education institutions, new investments in education and direct welfare aid to low-income groups," he said.

He added that despite the government's repeated claims that subsidy cuts were necessary to reduce the national deficit, the nation's debt is in fact burgeoning due to bad fiscal management and lack of political will to trim spending.

Anwar said that Malaysia's economic woes cannot be resolved with such piecemeal measures and must undergo drastic economic reforms.

"The premier cannot merely ask the people to change their lifestyle at a time when the cronies, politicians, the elite and those with interests continue to enjoy corporate subsidies, such as independent power producers (IPP), who enjoy RM18.9 billion in subsidies annually, which is 25 times more than the 'government savings' announced last night."

For now, Anwar urged the government to take four steps which can be undertaken by the premier to convince the public that subsidy cuts is a must:

1. Announce drastic reforms for a transparent government procurement system.
2. Restructure gas subsidies for IPPs.
3. Vigilant management of GLCs and government agencies.
4. Step up efforts to combat corruption and stop political meddling in the Malaysian Anti-Corruption Commission and the Attorney-General's Chambers.