Nik Ali - A gross violation of the civil service code..... 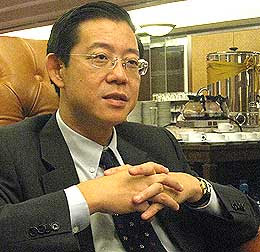 The current spat between Penang Chief Minister Lim Guan Eng and the state development officer Nik Ali Mat Yunus highlights a fundamental flaw in the Malaysian civil service. In the democratic system of government, of which Malaysia professes to practise, the civil service is a politically non-partisan and neutral body, with all its officers supposed to function and operate impartially in the implementions of the policies, programmes, and projects of the elected government.

The fundamental flaw in Malaysia is that civil servants think they are officers of the Barisan Nasional, specifically Umno, and even with a change of government at the state level, they operate as if Umno is the authority and Umno leaders their bosses, taking orders only from Umno. Such a dangerous attitude borders on sedition, as if it could be interprete to mean the civil servants are not serving His Majesty's elected government, but taking order from those not authorised constitutionally to give them.

The very fact that Nik Ali participated at a press conference called by Umno and used it to launch an unwarranted and unjustified verbal attack on the chief minister is a gross violation of his status as a non- partisan and neutral civil servant. The fundamental integrity and probity of the civil service have been desecrated by Nik Ali's involvement in the political press conference initiated by an Umno state assembly member, something not to be taken lightly by the Cabinet and the Public Service Commission. Nothing less than an appropriate disciplinary action should be taken against Nik Ali for such a serious case of lese majeste. And he should be made to apologise to His Majesty for exposing the civil service to ridicule and derision, and to the chief minister. 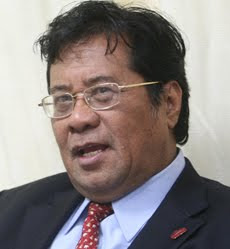 Guan Eng, and perhaps also the other Pakatan Rakyat state chief executives like Tan Sri Khalid Ibrahim of Selangor, has been facing a lot of difficulties in the running of the state government due to uncooperative civil servants whose loyalty is apparently to Umno. In the Nik Ali case, Guan Eng has no choice but to publicly reprimand the federal officer for allegedly not being accountable and responsible for his mistakes which affect the well-being of the state.

“These officials get high pay and do nothing for the people and instead cost losses. We hope he can be more professional,” Guan Eng was quoted as saying by various newspapers. Guan Eng has also claimed that Nik Ali tried to sabotage the state government openly and blatantly. On this allegation, the very fact that Nik Ali was at an Umno press conference with prepared media statements to lambast the chief minister proves that Guan Eng is telling the truth. Obviously, Nik Ali has failed as a senior civil servant to exercise his impartiality and neutrality when he allowed himself to be used by Umno to attack Guan Eng, calling the chief minister rude.

If the Najib administration truly professes to practise the "People first" concept, then justice must be done and seen to be done for the people of Penang, who elected Lim Guan Eng as their chief minister, by taking disciplinary action against the federal officer who violated the sacred principle of impartiality in the civil service. That is the least Datuk Seri Najib Razak should do to show the people that he is a fair, just and righteous prime minister, worthy of their respect.- Thomas Lee Seng Hock.

Tell that to an Umno MB and see what will happen. But do UMNO MBs have the balls to stand up to the corrupt civil servants.........