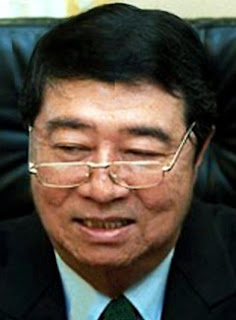 Former transport minister Ling Liong Sik is today charged at the Kajang Sessions Court over his involvement in the multi-billion ringgit Port Klang Free Zone (PKFZ) scandal. Ling, 67, who is also former MCA president, is by far the most prominent politician to be nabbed in recent years.

He is charged under Section 418 of the Penal Code with misleading cabinet between Sept 25 and Nov 6, 2002 into agreeing to purchase 999.5 acres of land on Pulau Indah for a project, that is now known as PKFZ, at a price of RM25psf on a deffered payment method for a 15-year period, at an interest rate of 7.5 percent. The culminative interest paid would total at RM720 million at the end of the repayment period. He was also offered an alternative charge under Section 417 of the Penal Code for the same offence.

According to the charge sheet, the Finance Ministry had already valued the land at RM25psf - inclusive of compounded interest - and this fact was withheld by the accused from cabinet. Ling pleaded not guilty to both charges and Sessions Court judge Suzana Hussin set bail at RM1 million. Mention has been fixed for Sept 3. As Ling needed time to post bail, Ling is on personal bond for today and he will pay bail at the sessions court tomorrow. He was represented by counsel RR Sethu.

On leaving the courtroom, he told journalists that it was his first time to be in Putrajaya's Palace of Justice, which is located next to the Kajang Sessions Court. Asked whether he was confident in fighting the case, he said, “In the Palace of Justice, you must feel very confident.” Ling appeared in court at 4.45pm accompanied by his wife Ena and two sons. He then proceeded to sit in the dock. Ling, wore a purple-stripe shirt and a pair of sandals, looked expressionless. He is the second MCA president to take the dock after Tan Koon Suan.

Earlier today, rumours of a very important personality (VIP) to be charged have sent dozens of journalists, included those from foreign wire services, camping at the court complex early this morning. Most of them gathered at the lobby and main entrance of the courthouse. while a couple have stationed themselves in and outside the courtroom. After an eight-hour wait, at about 4pm, attorney-general Abdul Gani Patail and three DPPs, including head of prosecution Tun Abdul Majid Hamzah, arrived in court without speaking to the journalists. The other two were Manoj Kurup and Dzulkifli Ahmad. 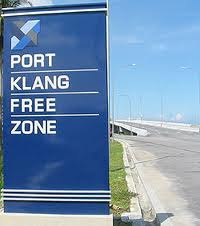 Last November, the Public Accounts Committee (PAC) had recommended in its report on the PKFZ controversy that former transport minister Chan Kong Choy and former Port Klang Authority (PKA) general manager OC Phang be probed for CBT (criminal breach of trust). This was over the wrongful issuance of three letters of support by Chan and three letters of undertaking by Phang without Finance Ministry approval.

PAC said that it was informed by the attorney-general that the letters were implicitly a form of guarantee from the government to ensure that there would be allocations for PKA to enable it to meet its obligations under the development agreement. PKFZ, a commercial and industrial project south of the capital, was conceived as a RM1.82 billion venture constructed over 1,000 acres. However costs are now expected to balloon to RM12.5 billion, making the affair one of the country's biggest financial scandals and a major embarrassment for the government.

Probes into the project's financial records since then have revealed instances of corruption, cases of conflict of interest as well as breach of trust. Ling is one of the very rare top politicians in Malaysia to be charged with corruption.

In 2004, former land and cooperative development minister Kasitah Gaddam was charged in the Sessions Court with corrupt practice and cheating, the first cabinet member to be charged with such crimes. He was freed by the court without his defence being called last year. Before Kasitah, former deputy prime minister Anwar Ibrahim, who is now opposition leader, was the other prominent politician charged with corruption. He was sentenced to six-year jail in 1999.

Another top politician who was charged for corruption was the late Harun Idris, the Selangor menteri besar from 1964 to 1976. He was slapped with a six-year jail sentence but served three years behind bar before being pardoned by the king in 1981 on the advice of then new prime minister Dr Mahathir Mohamad.

They should go after Mahathir, he was the PM then? Please dont forget Khir Toyo and Taib Mahmud too.......