DPP has affair with Saifool..... 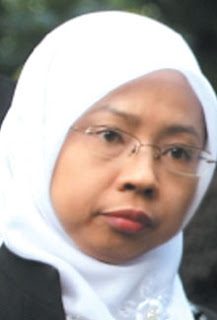 In a sensational twist in Malaysian opposition leader Anwar Ibrahim's sodomy trial, a prosecutor has been dropped after being accused of having an affair with the star witness.

Defence lawyers said the surprise move bolstered its claim that Anwar, a former deputy premier who was sacked and jailed on separate sex and corruption counts a decade ago, is the victim of a political conspiracy.

The prosecution said it was dropping Farah Azlina Latif(left) from its team in the ongoing trial, following claims she was romantically involved with Mohamad Saiful Bukhari Azlan, 25, who has accused Anwar of sodomising him.

'This can be very difficult for us but any personal matter, if it can have any implication in whatever form... will be handled very seriously,' attorney-general Abdul Gani Patail told state media late on Tuesday.

'This move is also to ensure that the smooth running of the case is not affected,' the government's top lawyer said, without specifying whether or not the claims were true.

An official at the attorney-general's office confirmed his comments to AFP, and said that Farah Azlina would also be transferred to another department. The defence said it had sought an official explanation from the prosecution after a leading Malaysian political blogger said on his website that the lawyer was in a sexual relationship with Saiful, who has a fiancee. 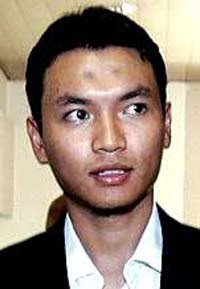 'The implications are serious,' Anwar's lawyer Sankara Nair told AFP on Wednesday. 'There is a perception that Saiful could have been given access to confidential information of the trial and that would compromise the integrity of the prosecution,' he said.

Mr Sankara said the development strengthened claims that there was a conspiracy against Anwar, after Saiful testified that he met with high-profile individuals including Prime Minister Najib Razak before lodging his complaint.

The attorney-general however said that Farah Azlina, one of eight prosecutors in the Anwar case, had no access to confidential information. The sodomy trial, which began in February and has been punctuated by lengthy delays, is set to resume on August 2 for a one-month session.

Read 'Lawyer:Did DPP have sex with Saiful? Yes or no' here.

Read 'Between liwat and zina: Did DPP dump fiance for Saiful?' here.

Read 'Why did the DPP have an affair with Saiful? Here's one theory ...' here.

The attorney-general can say what he likes, but you guys can easily guess whether he is a person of good repute...........