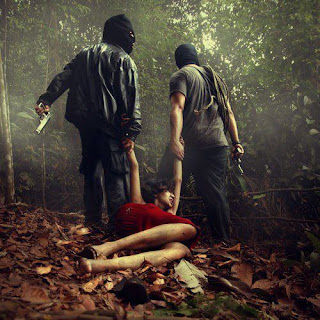 PI Bala passes away in Rawang...

Private investigator P Balasubramaniam passed away in Rawang this afternoon, apparently after suffering a heart attack.

He checked out of the Sime Darby Medical Centre on Tuesday, but suffered breathing difficulties when having lunch at his home in Rawang about 1.40pm.

Balasubramaniam was rushed to a clinic for assistance, but passed away before an ambulance from  Sungai Buloh Hospital could arrive.

"He was due to have a heart bypass operation in about two weeks," lawyer and Subang parliamentarian R Sivarasa told Malaysiakini while on his way to the hospital.

Last month Balasubramaniam suffered a minor heart attack while he was speaking at a Pakatan Rakyat ceramah in Kota Bharu.

Following a medical checkup on his return to Kuala Lumpur, he was warded for 10 days at the Sime Darby Medical Centre in Subang Jaya.

The 53-year-old gave his last interview to Malaysiakini on Monday.

During that interview, believed to be his last with any media, the late Bala appeared to be in high spirits, adamant that he would still continue to help Pakatan in their election campaigning despite his heart condition, calling it "a small thing".

Appearing slightly pale when met at the cardiac ward of a private Selangor hospital last Monday, Bala still managed a smile and said that he would go back on the GE campaign circuit after he recovers.

He joked that he was okay with "the man upstairs" and that the spirit of Mongolian interpreter Altantuya Shaariibuu still does not want him to die.

He said he was still needed to expose the truth about his involvement with and knowledge of those whom he believe are responsible for her murder.

In the interview Bala urged Malaysians to vote for a change of government as this is the only way that justice can be found for Altantuya and the two policemen whom he believed were wrongly blamed for her death.

He added that his dramatic return to Malaysia was a blessing as he otherwise would not have discovered his heart condition.

"This is good. If I didn't come back for the campaign, I might not have known (about my heart condition).

Since this afternoon, friends, neighbours and media representatives have gathered at Balasubramaniam's house in Rawang.

They gathered under a tent - which had been erected in front of his house - as a short spate of rain fell.

The late Balasubramaniam's still body was placed in the living room, draped under a white funeral cloth, a wreath of flowers placed on his chest.

His wife and three children kept vigil, sitting around the body with close friends and family members.

His daughter was seen sitting at the late Balasubramaniam's body holding on to his feet.

Once in a while the wailing voice of his wife can be heard drifting from inside the house to the courtyard beyond.

According to a close family friend, at the moment, the family is preparing to send Balasubramaniam's remains to a hospital for a post-mortem.

Details are still being arranged by the family members and Sivarasa.

At 5.12pm, a funeral van arrived at the house to take away Bala's remains to the Sungai Buloh Hospital, where an autopsy has been arranged.

Balasubramaniam's lawyer Americk Sidhu was shocked by the death.

"My dear friend, whom I was very proud of for his bravery in the face of oppression and his gallant fight for justice, has just died. May his beautiful soul rest in peace forever more," he said.- malaysiakini

Private investigator P Balasubramaniam, who rocked the nation which his statutory declarations on the murder of Altantuya Shaariibuu, has passed away.

“I am on my way to the Sungai Buloh hospital. I don’t have the details as yet,” Sivarasa told FMT.

Balasubramaniam had suffered heart problems on March 5 and was admitted to the Subang Jaya Medical Centre. He was discharged on March 12.

In his first statutory declaration, he had implicated Prime Minister Najib Tun Razak and his wife Rosmah Mansor in the murder of Altantuya.

He then retracted his allegation in a second SD, following which he left the country.

Upon his return recently, Balasubramaniam swore on the Hindu holy book Bhagavad Gita that the contents of his first SD was true.

Only on Tuesday Bala told FMT that he would rest for at least a month following his mild heart attack last week, putting the breaks on the opposition’s plans for his nationwide ceramah before the 13th general election.

He had said he may still have to undergo major heart surgery, saying that he would have to return to the hospital today (Friday).

“It was a sudden, mild attack, and the doctors told me that three of my vessels are blocked, so I may have to go for a major operation. This Friday the doctors will redo the tests on me and decide whether I have to undergo heart operation or just a stenting,” Balasubramaniam had said then.

Since his return to Malaysia, he had been involved in PKR roadshows to implicate Najib with Altantuya.

Balasubramaniam had also denied that he was suffering from heart problems due to black magic as claimed by PKR leader Badrul Hisham Shaharin.

“I don’t believe in [black magic]. I believe in God only, and I know God is with me, that’s why I am able to get treatment, and that’s why I didn’t collapse when I first felt the symptoms while giving a ceramah in Kelantan,” he had said.

Since his return to Malaysia, he had been involved in PKR roadshows to implicate Najib with Altantuya.-FMT 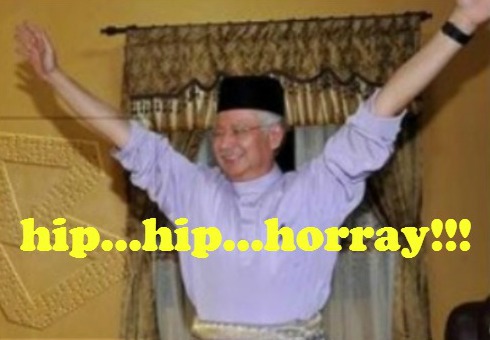 Bala had made an admission that his SD1 was the truth.

Some VVIP most be smiling now! Good news for you Mrs.Birkin!!!