“We received reports from the ground commander confirming that 31 enemies have been shot and believed killed...

“Of the 31, we believe we have also killed their leader who is ranked ‘general’,” he told a press conference in Sahabat Felda Residence, Lahad Datu.

There were no reports of casualties for Malaysian security forces in this round of engagements.

Furthermore, he said security forces also killed another intruder this morning in Kampung Tanduo, bringing the total to 32 Sulu casualties since 3pm yesterday.

Aside from saying that the ‘general’ was the group’s leader, Ismail did not confirm the identity of this person.

However, Azimuddie Kiram had previously been reported as being the group’s leader who had led them on an incursion into Sabah and subsequent takeover of Kampung Tanduo, Lahad Datu.

60 dead on both sides

Ismail said security forces are not yet able to remove the bodies from the operation zone.

To date, Ismail (left in photo) said a total of 52 enemies have been killed in Lahad Datu and Semporna since the beginning of the crisis.

Other than the newly announced 32 killed, one was killed in Kampung Tanduo yesterday morning, bringing the enemy toll since Ops Daulat began on Tuesday to 33.

Prior to this, 12 were killed in the initial skirmish during the Kampung Tandou stand-off last Friday.

In addition, seven enemies were reported killed in Semporna on Sunday.

Other than the eight Malaysian police casualties suffered prior to the all-out operation, no other security forces members have been killed or injured since, said Ismail.

This means the total casualties on both sides since the the initial skirmishes and subsequent assault stand at 60.

He also announced that the Ops Daulat has now been extended into neighbouring Tanjung Labian from the initial Tanjung Batu and Kampung Tanduo area as security forces pursue the remaining intruders.

‘Airstrikes only to neutralise, not kill’

Also present at the press conference was armed forces chief Gen Zulkifeli Mohd Zin, who said even though the operation had been expanded to other areas, some intruders were still hiding in the original Kampung Tandou site.

“The encounter and success in killing an enemy in Kampung Tandou this morning means there is a possibility some of them are still hiding there. We will continue to weed them out as soon as possible,” he said.

He reiterated the need to allow security forces ample time to hunt down the remnants of the intruders to avoid unnecessary casualties or injuries.

Zulkifeli also explained that the current death toll was based on confirmed bodies, but security forces are still looking into whether some could have been buried.

Asked whether the air strike which kicked off Tuesday’s assault had actually killed any enemies, Zulkefeli said that was never the intention.

“The air strike was not meant to kill but to neutralise the target so that we can come in without any casualties.

“We were able to neutralise the target very well, there was no resistance, except initially a few shots were fired by the enemy but they did not prolong the engagement,” he said.

Both Ismail and Zulkefeli also thanked Prime Minister Najib Abdul Razak for his visit to the conflict zone, stating that it has helped improve the morale of the security forces.-malaysiakini

"The unilateral ceasefire is rejected by Malaysia, unless the militants surrender unconditionally," the minister tweeted.

“Do not trust the ceasefire offer by Jamalul Kiram. In the interests of the people of Sabah and Malaysia, destroy all the militants,” he added.

The "sultan" declared a unilateral ceasefire from 12.30pm and urged Malaysia to reciprocate, according to a statement read out by his spokesperson in Manila.

"They will not take any action. They will remain in the place where they are now.

"They will not expand operations," the spokesperson was quoted as saying, referring to the militants, believed to number between 100 and 300, in Lahad Datu, Sabah.

Sulu sultan Jamalul Kiram III had called for a unilateral ceasefire following the deaths of several of his followers in a Malaysian military assault.

Even as Kiram called on forces loyal to him to stand down, he expressed hope Malaysia would also declare a ceasefire to prevent the further loss of lives.

The Sulu sultanate has so far counted 10 of its people dead and four injured from the assault by a combined Malaysian police-military force on Tuesday and Wednesday, with 10 others being held by the Malaysian security forces, said spokesman Abraham Idjirani.

Idjirani said despite the Sultan’s unilateral ceasefire declaration issued Thursday, their fighters will continue to maintain a defensive stance, and urged Malaysia to declare a ceasefire.

The call for a ceasefire came as Malaysia launched another assault in the area on Thursday morning.

The sultanate indicated, however, that its announcement of a unilateral ceasefire, effective 12:30 p.m. Thursday, did not mean it was surrendering its cause to reclaim what it considers part of its homeland. Sultan Kiram III  said, “Wala sa bokabularyo namin ang susuko [Surrendering is not in our vocabulary]," as he proceeded to make the afternoon prayer or du'a.

He read to supporters the statement the UN statement attributed to Secretary General Ban-Ki-Moon  and issued in New York on March 6: “The Secretary-General is closely following the situation in Sabah, Malaysia. He urges an end to the violence and encourages dialogue among all parties for a peaceful resolution of the situation.

“The Secretary-General expresses concern about the impact this situation may have on the civilian population, including migrants in the region. He urges all parties to facilitate delivery of humanitarian assistance and act in full respect of international human rights norms and standards.”

Pressed on their reaction about the reported exhumation of the dead, Idjirani said, “we would want to show the world that what Malaysia did, to dug up bodies of dead Moslems is the highest form of terrorism.”

As for the Malaysian government’s sounding out Manila on the possibility of extraditing the sultan to Malaysia even in the absence of an extradition treaty between the two ASEAN neighbors, Idjirani said, “we will fight [that]; it seems that they want their municipal laws to be implemented here.”

He added, “that is is why we wanted the Philippine government to be a partner here. The order of the UN is to stop the violence; we need it, we most welcome it."

Now, he added, “the ball is in the hands of the Malaysian government."- interaksyon

No to Sulu Sultan extradition - Aquino...

In a move reminiscent of Malaysia’s actions toward billion-peso scammer Manuel Amalillo, President Benigno Aquino III on Thursday rejected suggestions from Malaysia that Sulu Sultan Jamalul Kiram III be extradited for ordering his followers to go to Sabah, saying the latter has to first face criminal charges in the Philippines.

"From my perspective, let them face the issues. Let our citizens here in the country face the charges that we will be proffering first, then we will talk about other developments after they have satisfied the requirements of our laws," Aquino said in an interview aired over state-run Radyo ng Bayan.

The President’s tack is similar to the one Malaysia used when the Philippines tried to arrest Amalillo, who fled to Sabah November last year after he was ordered arrested for scamming Filipinos of 12 billion pesos.
Sabah police arrested the Aman Futures Group owner for holding a “fake” Philippine passport late January and refused to hand him over to the Philippine government.

No to FVR suggestion too

The President also said there was no need to convene the National Security Council as former President Fidel Ramos suggested because he has been meeting with members of the Cabinet security cluster regularly.

"If they have inputs that they want to share, former President Ramos in particular, I’m sure he can send it to me through a memo and we will consider," the President added.

The President said he will not send the military to Sabah to rescue Kiram's brother, Agbimuddin, and their followers who are still holed up in the island despite losing 23 members in a series of gunfights with Malaysian forces.

"What do they want me to do? Send our Armed Forces of the Philippines? Are they not thinking? Do they want to solve this or inflame the problem further?" he said.

Aquino said the Kirams will never succeed with their armed incursion of Sabah.

"With a force that small and their taking the violent track, it will be impossible for them to achieve their goal," he said. 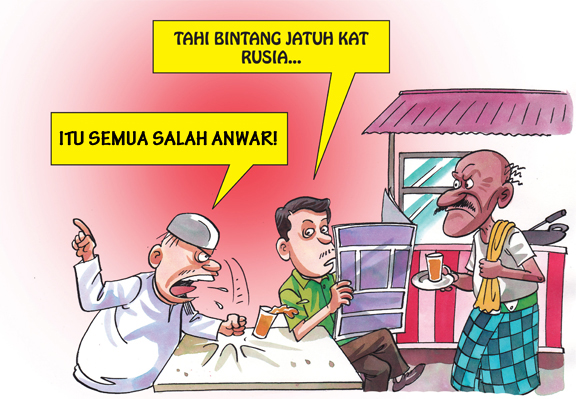