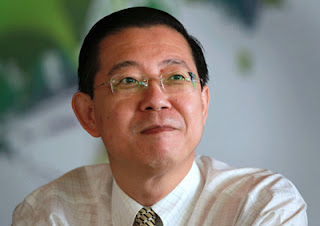 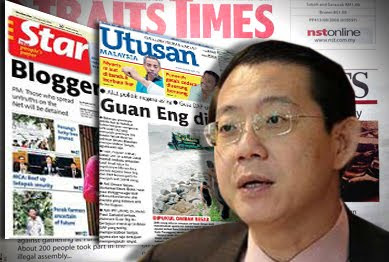 Only this time, he said, the Umno-owned daily had done so by putting words into the mouths of men of the cloth.

"(Former Council of Churches Malaysia president) Thomas Philips (left) called me to say that he never said such things, and my people called up the other reverend, who also denied saying anything about me or Penang," he said when contacted.

"Utusan must have asked them general questions about talking about politics in a church and they used that to juxtapose it with the dialogue I held with church leaders in Penang. It's shameless.

"How can they put this on their front page? Utusan is really gunning for me. They love me to death."

Both the church leaders were quoted as saying that the church is no place for politicking or vote-fishing.

Lim added that the dialogue he had with Penang church leaders was an annual affair held at a community hall.

"I met them as chief minister and spoke about imparting harmony. What's wrong with that?" he asked.

Malaysiakini reported that Lim at the dialogue last Thursday called upon church leaders to speak out against injustices.

Meanwhile, at a joint press conference with Lim in Penang, the group of pastors who attended Thursday's dialogue denied that the chief minister had dragged the church into politics.

National Evangelical Christian Fellowship (NECF) northern represenyative Sam Surendran clarified that the dialogue was held at the Masyarakat Penyanyang complex and not inside a church compound as reported.

Echoing Lim, he said that there were no political speeches at the function, and that it was simply an annual dialogue between the church leaders and state government.

"The meeting was very good and constructive. We discussed about issues faced by the church and expressed our grievances.

"I think it is good to have such an avenue to talk about issues like land, burial grounds and assessment rates," he said.

He added that the dialogue had nothing to do with the general elections and that all participants were "very clear" on its objectives.- malaysiakini

Penang Chief Minister Lim Guan Eng has demanded an apology and retraction of corruption allegations made against him by the state's Umno Youth within 24 hours.

Lim, via his political secretary general Ng Wei Aik, wants the wing's leader, Shaik Hussein Mydin, to pay the price for his remark in a press conference on Friday.

"If he fails to retract and apologise for his allegations in 24 hours, the CM will not hesitate to initiate legal action againt Shaik Hussein," said Ng, in a statement.

On Oct 5, Shaik Hussein had said that Lim had ‘received bribes' from the company which won the bid for Taman Manggis.

Shaik Hussein had said this after the state government imposed a 30 day period for BN to settle its payment for the 1.1 acre of land which the coalition had decided to acquire.

Last Thursday, the state BN Youth leaders submitted 10 percent of the payment to the state goverment.

BN had agreed to purchase the land for RM450 per sq ft, to build public housing, which they claimed that Lim's administration has neglected to do.- malaysiakini