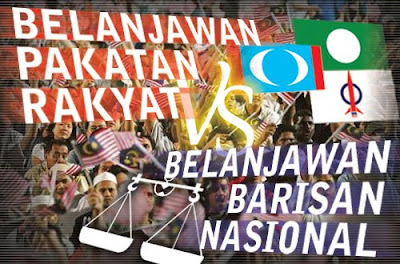 PR budget is "all inclusive"... 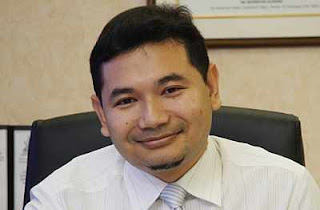 Ahmad Husni had on Wednesday reportedly said that PR's budget was "incomplete" and did not include most of its operating expenditures, thus arriving at the figure of only RMRM185.3 billion.

Treasury Department estimates the operating expenditures of the opposition coalitions budget to be RM224.3 billion.

"The treasury's analysis which was used by Husni to support his argument, however, only serves to confirm that PR's estimated costs to fund our expenditures are correct," said Rafizi who pointed out that the treasury had concurred with PR's RM6 billion proposed allocation to abolish toll charges.

PR had also pledged to provide free education at all levels with an estimated cost of RM4 billion, and Rafizi said the treasury in its analysis had merely increased the figure by RM1 billion.

"We had also allocated RM2 billion to increase the salary of some 300,000 civil servants currently earning below the (PR's) proposed minimum wage of RM1,100," said Rafizi.

He stressed that PR is also looking at reviewing additional costs incurred by the government for "non-financial rewards" and converting it into monetary benefits.

On claims of missing items in PR's budget, Rafizi instead said a detailed breakdown of all proposed programmes have been tabled with total allocation of RM41.9 billion.

"This allocation is made by taking into account potential for savings through eradicating corruption and plugging leakages in government spending," he added.

Rafizi pointed out that based on PR's proposed target of 20% savings from the RM216.4 billion federal government's expenditure, there is RM43 billion in funds which can then be channelled for implementation of its policies.

Meanwhile, Dzulkelfly Ahmad (PAS-Kuala Selangor) also took a swipe at Husni and challenged the minister for a debate that goes beyond "just mere numbers".

"We need to look at the government's fiscal approach … That is where PR is coming from," he said, stressing on the importance to dismantle all economic practices aimed at distorting the market and benefiting only a select few.- theSundaily