Ex-federal minister Shahrizat Abdul Jalil told the Kuala Lumpur High Court today that she was not embarrassed when the Auditor-General’s Report highlighted problems in the National Feedlot Centre project.

Under cross-examination by lawyer Ranjit Singh in her RM100 million defamation suit against two PKR leaders, she said the project in Gemas and the company - National Feedlot Corporation (NFC) managed by her husband Mohd Salleh Ismail - are separate entities.

"The audit report is on the centre and not on the company. The auditor-general does not audit private companies," she said.

Shahrizat, the former women, family and community development minister, maintained that she initially did not know the details of the bid put in by her husband to run the feedlot project.

And now that she knows, she claimed not to know the full details.

Shahrizat agreed that the auditor-general’s remarks warranted debate by front-benchers and lawmakers, including opposition legislators,  in Parliament.

Ranjit: Would you agree that if the project does not meet the beef self-sufficiency target, then it would be considered a failure?

Shahrizat: No, I don’t agree.

Ranjit: If it failed, there will be no satellite (farms) in rural areas as stated in the report ...
Shahrizat: Yes.

Ranjit: Would you agree that, if the centre failed, it would jeopardise the NFC’s repayment (of the RM250 million government soft loan)?

Shahrizat: No I don’t agree. They might have other plans and that question should be directed to NFC.

The AG Report states that the centre had not produced a fodder factory, a bio-gas factory to generate electricity for the project, abattoir or comply with a blue ocean strategy of targeting to produce 60,000 quality head of cattle by 2015. The satellite farms had also not been established as targeted.

Explaining further, Shahrizat said although several press reports had described the project to be in a mess, such a description was not there in the AG Report.

“No, I felt the truth had to be told. The defendants (Rafizi Ramli and Zuraida Kamaruddin) had misrepresented  what was said in the AG Report,” she said, adding that in the beginning, she did not feel embarrassed by all the allegations raised, but later she did.

Husband is qualified in food science

Shahrizat in describing her husband's qualification described Salleh as a scientist with a Masters and PhD degrees from Cornell University, an Ivy League institution that is a top agriculture university in the United States, and a consultant with the United Nations Food and Agriculture Organisation as well.

Asked by Ranjit whether Salleh had any experience in rearing cattle on a large scale, Shahrizat quipped that her husband is a Kelantanese and he came from a village and that he would have gained the experience if given the opportunity.

“He is a consultant with the UN and has the expertise and is qualified in to talk about it,” she said.


Asked whether she knew that Salleh's PhD thesis was on “budu” (the Kelantan anchovy sauce), Shahrizat said she was not sure.

However, she admitted that her husband had the nickname 'Salleh budu'.

“He is a Kelantanese and he likes to eat budu, like all Kelantanese,” Shahrizat replied.

As to why the project was scrutinised under the AG Report, Shahrizat said the auditor-general was carrying out his constitutional duty to report to the Yang di Pertuan Agong and the report is tabled in Parliament for debate.

She also understood that the nature of the audit report was merely to safeguard public interests, to ensure that adequate precautions were taken by the government to safeguard the people's money and to ensure that projects were carried out efficiently with the loans given out.

“The AG report is of importance as it shows the government is spending above board,” she said in agreement adding that this is so for high impact projects like the NFC.

Shahrizat said she was also familiar with the Public Accounts Committee (PAC), a form of parliamentary select committee, with members from both sides of the House, to examine the AG Report, and that it would monitor issues of public interest.

“It is to ensure transparency in government operations,” she said in agreeing with Ranjit.

She admitted that the PAC had looked into the NFC project as it had looked at other losses suffered by the government, such as the Sime Darby group, Pos Malaysia and the Port Klang Free Zone.

“Looking into the particular matter, it would give the perception that something was not right over the project, and it was not wrong for public to perceive that something is wrong.”

'No breach of trust' in NFC condo purchase, court hears...

There was “no breach of trust” in the diversion of a RM250 million government soft loan from the National Feedlot Centre project to the alleged purchase of a condominium unit in Bangsar.

Maintaining this under cross-examination in the Kuala Lumpur High Court today, ex-minister Shahrizat Abdul Jalil said she disagrees with the claim made in Parliament earlier this year by de facto law minister Mohd Nazri Abdul Aziz.

In pursuing a RM100 million defamation suit against two PKR leaders, Shahrizat pointed out that Nazri is not the agriculture and agro-based industries minister.


"No, I do not agree with (Nazri's) statement. We have to see whether there were any legal instruments," she said, replying lawyer Ranjit Singh.

Legal instruments would include any written agreement between the project manager National Feedlot Corporation (NFC) and the government over the use of the loan.

More than RM80 million of the soft loan had reportedly been transferred to National Meatworks and Livestock Corporation Sdn Bhd, which is owned by members of Shahrizat’s family.

This money was allegedly used to purchase a unit in the high-end OneMenerung condominium in Bangsar, Kuala Lumpur.

Ranjit: One of the issues faced is that NFC transferred over RM80 million to NMLC?
Shahrizat: Yes

Ranjit: Was your husband was charged related to this issue?

Shahrizat agreed that NFC directors included her husband, and her three children while NMLC is owned by her husband and children.

These issues were raised in parliament resulting in Prime Minister Najib Abdul Razak, his deputy Muhyiddin Yassin and Agriculture and Agro-based Industry Ministry to having to respond to related questions from BN, opposition and independent MPs.

The Umno Wanita chief also agreed to suggestions made by Ranjit that when the PM comments on the NFC matter, it had created a new dimension on the issue being of huge public interests.
Not my business

The former minister was then shown official company searches done on the NMLC and NFC, to which she agreed that the NMLC was wholly owned by her family where her husband and three children are the directors.

“The real business was never discussed. There was a restaurant. I know. But what is the business I do not know,” said the former minister.

Shahrizat, who had previously a chairperson of two public listed companies, agreed with the counsel that the NFC does not have shares in NMLC and that the company that runs the restaurant business is Real Food Sdn Bhd where all the directors are her family members.

Ranjit: NMLC does not have a single share in NFC and in your experience, (if) NFC does not have (or own) shares in NMLC, it cannot be considered as part of NFC.

Shahrizat: I agree if there are no other legal instruments, or shareholding on record then NMLC is not in the NFC group.

Ranjit: Are you aware of any other legal instruments or trust deeds?

Shahrizat: I am not aware of any.

Ranjit: In the NFC there are seven directors, which includes your husband, your two sons and daughter.
Shahrizat: Yes.

Ranjit: The other are government appointees and are you aware that among them are the board members?

Shahrizat: That I am aware.

Ranjit: Does the government has a golden share in the NFC?
Shahrizat: Yes correct, and the finance ministry has no share in NMLC.

The Umno Wanita chief however, disagreed that should the National Feedlot Centre in Gemas failed, it could jeopardise the loan repayment.

Ranjit had described NFC as the special purpose vehicle for the centre to carry out the project.

“As far as I know the project is a farm where there are branches to these feed lots and if this were to fail, others may not. I don't think so,” said Shahrizat.
Blames Rafizi for Dr M and Bung comments

The former minister agreed that there are issues when her family was awarded with the project and among them they received a soft loan of RM250 million with two percent interest, lower than the commercial rate, none of the directors are given personal guarantee for the loan

“Yes, it is an issue given as to what had been (maliciously said) by the opposition,” she said, alluding to Rafizi and Zuraida.

Shahrizat admitted there were calls from within BN and also the opposition after the NFC fiasco was discovered.

Among those who said that Shahrizat should resign were Kinabatangan MP Bung Mokhtar Raden and former premier Dr Mahathir Mohamad.

Despite the repeated calls made by them, Shahrizat said she decided not to sue the two.

“I blame it on the defendants for coming up with the slander and defamation. I did not feel defamed by Bung Mokhtar or Mahathir as they were acting on the consequence of the defendants.

“They were merely making comments as being a responsible party member,” Shahrizat said, adding that she did not feel defamed by Mahathir's statement.- malaysiakini 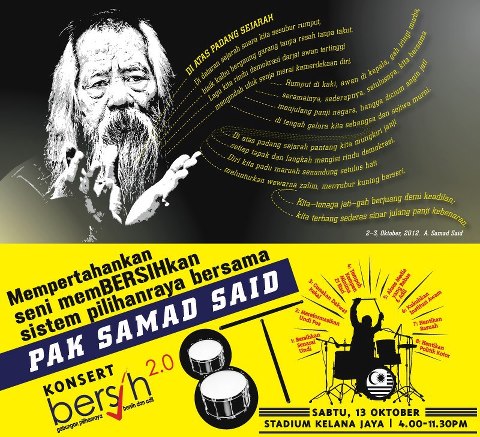