Suaram revealed that a subpoena has finally been served on one of the witnesses proposed by the human rights group to assist in the French judicial probe on alleged corruption in Malaysia's purchase of two Scorpene submarines from French naval defence company DCNS.

"The inquiry is progressing and we've been allowed to tell you that the first subpoena has reached the first witness.

"But I can't tell you who the witness is or when the subpoena was given for now, we have to follow the court proceedings and can only quote the court notes," Suaram secretariat member Cynthia Gabriel (left) told a forum in Petaling Jaya last night.

Suaram had in June said that its French lawyers were in the process of serving a subpoena on Jasbir Singh Chahl, allegedly a point-man in the purchase of the Scorpene submarine.

However, Jasbir had then denied receiving any subpoena.

Asked after the forum if the delivered subpoena this time was served on Jasbir, Cynthia merely smiled but declined to reveal the witness' identity.

However, Cynthia confirmed that the subpoena was served on one of the seven witnesses which it had proposed to the French courts probing the Scorpene deal.

Earlier at the ‘Who is in the spotlight? Suaram or Scorpene' forum, Cynthia said the authorities had tried to paint Suaram as a multi-million dollar organisation that was capable of destabilising the government.

"This is untrue. The budget of Suaram on a yearly basis is only about RM450,000. That is nothing much at all. It is only enough to pay for eight staff and run five to six campaigns a year," she said.

Cynthia added that this amount was only enough to provide the staff of the NGO with a modest salary of about RM2,500 per month as opposed to five times the amount they could earn in the corporate world.

Another speaker at the forum, Tenaganita executive director Irene Fernandez said the Companies Commission Malaysia's (CCM) harassment of Suaram was exactly what happened to Tenaganita - which, like Suaram, is registered as a company - when it exposed deaths of migrant workers in an immigration detention camp in 1996.

"We also exposed the corruption in the whole recruiting and placement of migrant workers but the whole thing was diverted to arresting me for allegedly publishing false information.

"During that period, then Registrar of Companies (now CCM) raided our office three times and charged us for not logging two EPF (Employees Provident Fund) receipts into our cash book. The judge was however fed up with the case and had it thrown out," she related.

This modus operandi in the past, like now, she said, was to portray that Tenaganita was supposedly providing false financial information and having improper accounts.

Fernandez (left) explained that some NGOs have opted to register as a company because unlike a society, the home minister cannot arbitrarily dissolve the organisation.

Furthermore, the government was also very restrictive in the registration of societies, she said.

The other speakers at the forum were Bersih co-chairperson Ambiga Sreenevasan and constitutional lawyer Tommy Thomas.

Cynthia and Suaram founding member R Sivarasa, who is now Subang parliamentarian, are both expected to give their statement to the Registrar of Societies (ROS) later today after the regulator roped in the police to compel the duo's cooperation under the Criminal Procedure Code.

Suaram advisor Kua Kia Soong is also among those called but will only give his statement at a later date as he is overseas.

"We stressed that Suaram is not and was not doing anything wrong. The transition from a business to a company was only for expansion and better accountability.

"Unlike a business, you need external audit and proper accounts for a company," he said.

Previously, ROS had attempted to "inspect" Suaram's office but was turned away as the NGO insisted it is registered as a company and ROS has no jurisdiction over it.

ROS joined the fray after the CCM on Sept 18 declared it was charging Suaram for "confusing accounts" in two days but the Attorney-General's Chambers sent its investigation papers back to the commission. It said the papers were "incomplete".- malaysiakini 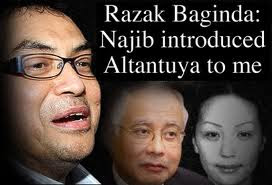