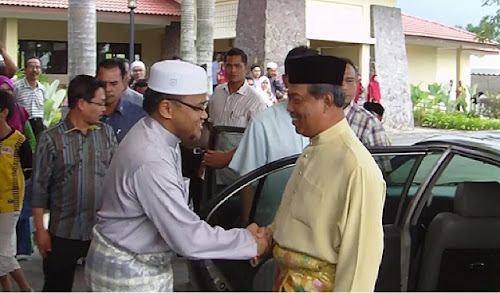 At a press conference to respond to the latter’s statement alleging that DAP wants to form a Christian state, Khalid said Nasharuddin’s acts raise suspicions that he is following instructions of “those outside of PAS”.

“To me, his actions have been planned by those outside of PAS, like Umno, to cause trouble in Pakatan Rakyat and PAS.

“PAS has a syura council and the council would speak up against any move by the party which is against Islam. Nasharuddin’s statement was a personal view, and not the council’s view,” Khalid said.

Labelling it “cheap politics”, Khalid claimed that Nasharuddin (right, in photo), who is a syura council member, had never raised the matter before either at the council or the central committee meetings.

This was despite Nasharuddin claiming that the prayers for the formation of the Christian state had occurred soon after the Sarawak election in April.

He added that if Nasharuddin's statement is true, the syura council would have spoken up against it much earlier.

'Fishing to be sacked'

“How long have we been working with PAS? ...His statements have nothing to do with PAS, and if DAP wants to take legal action, it is up to them,” he said.

When asked if disciplinary action will be taken against Nasharuddin, who is also Bachok MP, Salahuddin said “it is up to the syura council”.

However, Khalid (right) said “reading between the lines”, Nasharuddin seems to be fishing to be sacked by saying that he does not care about his PAS membership.

He also lambasted Nasharuddin for claiming that no Islamic government has been formed with the help of non-Muslims.

“As a learned individual, I am baffled by this statement as the Medina government was formed by the prophet Muhammad with the support of the Jews and the mushrik (non-believers),” he said.

He added that the first Muslim pilgrimage was from Mecca to Abyssinia, as the prophet said it was ruled by a Christian king who was just.

Meanwhile, Khalid called upon the Malaysian government to intervene in Burma to stop the violence against the Rohingya community.

“We want the government to play an active role against this as what is happening in Burma is unacceptable to the international community, especially the (Association of Southeast Asian Nations) Asean countries,” he said.

He also reminded Malaysians not to fall into the same trap of communal violence, incited by those who use race and religion as a political tool.

“Malaysians should heed what is happening in Burma, as there are people among us who are using race and religion to split the people... by accusing others of wanting to form a Christian state, a Hindu state or Chinese supremacy...,” he said.

He claims the sustained violence was exacerbated by claims that the Muslim Rohingya were trying to establish a Muslim state in largely Buddhist Burma.

The violence was sparked after allegations that a Rohingya person had raped a Buddhist woman.- malaysiakini

PAS deputy president Mohamad Sabu lashed out at BN for fanning religious hatred among Muslims by saying that the DAP is out to turn Malaysia into a Christian state.

“It is theoretically incorrect and practically impossible for DAP to turn the nation into a Christian state as the party does not enjoy two thirds majority in Parliament.

“The constitution specifies that Islam is the religion of the Federation and Article 153 safeguards the special position of the Malays,” he told a ceramah in Simpang on Sunday.

Popularly referred to as Mat Sabu, the PAS leader pointed out that the most DAP can command is about 40 parliamentary seats out of the total 222 seats in Parliament.

He said this was a far cry from the two thirds majority of 148 MPs necessary to make amendments to the Federal Constitution for Umno BN’s preposterous claim to come true.

He said that currently, there are 136 Muslims lawmakers while 86 are non-Muslims.

In such a scenario, Mat Sabu asked the 3,000 strong crowd whether DAP can secure a mandate to make such a change. His audience responded with a vociferous ‘No’.

He said it was not DAP which was the enemy of Muslims but Umno as it uses race and religion to keep Malaysians divided for its expediency and continuous autocratic rule of the country. 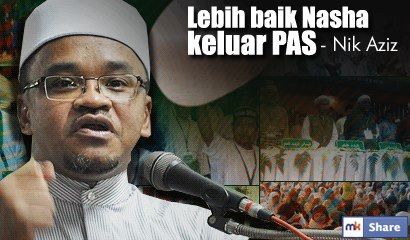 Mat Sabu told FMT that Umno was initially using its controlled media to propagate that it was DAP and PAS that were working against the interests of the Muslims.

“Then later it changed tactics by alleging that DAP was collaborating with Singapore by using PAS as a puppet to take control of the country,” said an angry Mat Sabu.

He said Umno, in sheer desperation, had tried to break up the unity of the Pakatan coalition by pitting DAP against PAS but has failed miserably.

He urged the Malay community to change their mindsets and instead of taking handouts, question Umno for the draining the nation’s wealth through cronyism and corruption.

He said the Malays must discard their ‘tidak apa’ attitude and take part in the economic progress and well being of the country and urged them to support Pakatan.

He took to task Umno for using MCA to paint the wrong picture to the non Malays, especially the Chinese, that PAS was a fanatical party out to destroy their fundamental rights.

He pointed out that such BN propaganda is outdated now as his Islamic party is for all as seen by the movement of more non Malays joining the party at every PAS ceramah. 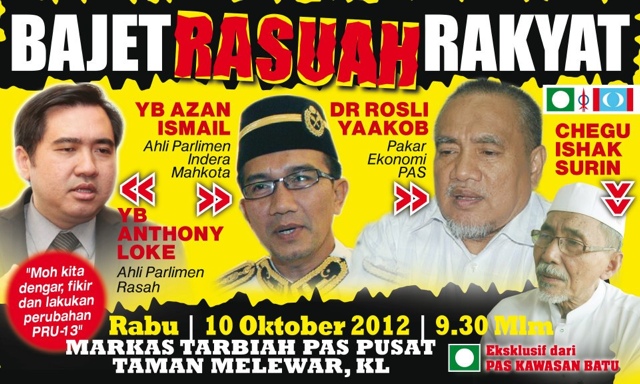