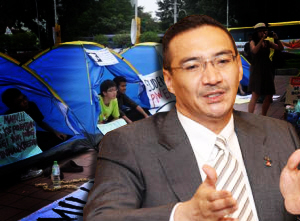 
Has Home Minister Hishammuddin Hussein reneged in his ministerial duties resulting in the Federal Territory Islamic Affairs Department's (Jawi) raiding Borders bookstore and the charging of its Muslim manager in the Syariah High Court for illegal distribution of a controversial book?

Yes, argues Border's in its application filed in the High Court in Kuala Lumpur on Sept 26 to cross-examine Hishammuddin on the matter. The bookstore wants Hishammuddin on the stand as it believes he has reneged on his constitutional duties as a federal minister.

This follows what it calls Hishammuddin's attempt to back the Jawi enforcement unit's action in seizing the controversial book, ‘Allah, Liberty and Love', written by Canadian author Irshad Manji, and its Bahasa Malaysia translation, on May 23 - a week before the book was officially banned on May 29.

The home minister in his Sept 5 affidavit to the High Court said although there was no official ban slapped on the book the day it was confiscated, Jawi was empowered to do so as ‘Allah, Liberty and Love' contravened Section 13 of the Syariah Criminal Offences (Federal Territories) Act 1997.

"Seizure can be made by Jawi under the applicable laws without any prohibition order from the ministry," Hishammuddin states in his affidavit-in-reply to Borders original judicial review application to the High Court on Jawi's seizure of Manji's books.

Yau Su Peng (left), the chief operating officer of Berjaya Books Sdn Bhd, which runs the Border's book chain, said in the Sept 26 affidavit-in-reply to Hishammuddin that the minister must be compelled to appear in the High Court.

"This is for him to explain the laws relating to publications; the existing governmental practice with regard to enforcement action on publications; and the internal administrative processes between departments and government offices, especially as it concerns a religious authority.

"We also want to know the reasons and causes the Home Ministry had prohibited the book via a government gazette dated May 29, 2012, and why the ministry had been asked by Jawi to prohibit the book days after the seizure," Yau says in her affidavit-in-reply obtained by Malaysiakini.

Yau, who holds a double degree in Law and Arts, and a masters in Law from Australia's Victoria University, argued that Hishammuddin (below), in so doing, had failed to carry out his constitutional duty.

She pointed out that matters concerning "the printing, import, production, reproduction, publishing, sale, issue, circulation, distribution or possession of a publication" have not, and could not have been, provided for in the Syariah Criminal Act.

"In fact, if the Syariah Criminal Offences Act had made such provisions, it would be ultra vires (beyond the powers of) the Federal Constitution.

The provisions to the above, and in particular printing, are within the purview of the home minister.

"Hence, the position adopted by the honourable home minister is regrettable and amounts to an abdication of his constitutional duties and responsibilities," she said.

Yau added it was clear that Borders being a chain of bookstores with Stephen Fung as the general manager, and Nik Raina Nik Abdul Aziz as Fung's subordinate, had no power over the selection of books to be sold.

She stressed that while the company did not object to the government order to ban certain books, the judicial review application was to challenge Jawi's actions against the store and its staff without a gazetted prohibition order coming into force or a gazetted fatwa being issued.

"As such, the subject matters and issues that have been raised must be decided by the civil High Court and not by the Syariah Court. This is clear from Article 121 of the constitution," Yau adds in her affidavit.

Nik Raina: I have no authority

Nik Raina, who was charged by Jawi and a party to the judicial review application, said she as store manager at the MidValley branch of Borders had no authority or responsibility over the publications displayed in the bookstore as this authority was vested in Fung.

"At all material times, the book stock displayed comprises more than 200,000 unique titles. It would be impossible for the Borders employees to be able to read or scrutinise the contents of each of those books.

"Hence, the practice applied in Borders is that all books are assumed to be lawful and permitted in Malaysia until a prohibition order is issued against a particular title. Only after being informed by a Home Ministry's prohibition order will Borders take steps to discontinue its sale."

She said as store manager, she would execute any orders from Fung and Borders management with regard to book prohibition.

Nik Raina (left) conceded that she does not have any specialisation in Islamic knowledge and hence, she was unable to determine if a publication was contrary to the religious law. As a layperson, she has depended on the Home Ministry's notices or the relevant state religious authorities to inform her on such matters.

"Prior to this, Jawi, nor any of the state authorities, had given notice of prohibition orders or gazetted fatwa or any other notices that any of the publications are contrary to Islam," she said, adding Hishammuddin's affidavit ought to be dismissed by the court.

"As Jawi cannot prosecute Fung, it has caused legal inequalities and has violated the principle that all persons are equal before the law and entitled to equal protection of the law," said Nik Raina, who is Muslim.

The case will be heard before High Court judge Rohana Yusof on Monday.- malaysiakini 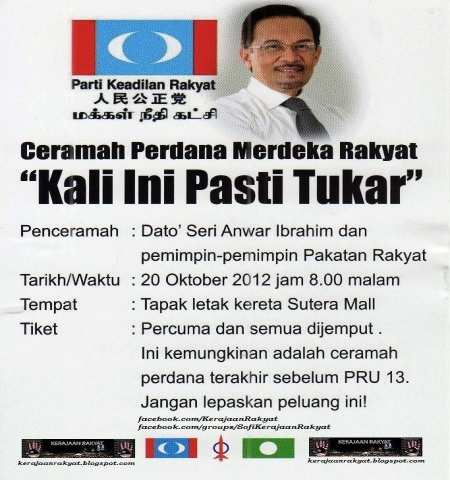