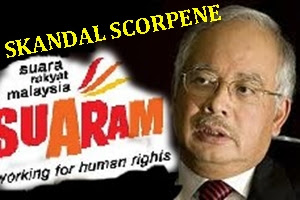 The lawyer petitioning the court in Paris to probe corruption in the sale of two Scorpene-class submarines to Malaysia has ticked off a French prosecutor for his remarks on the case reported yesterday by national news agency Bernama.

Prominent human rights lawyer William Bourdon, who is based in Paris, said there was no question of "an on-going trial" as the two French judges appointed to the case were still carrying out their investigations into the controversial defence deal between France and Malaysia.

"The Tribunal deGrande Instance has convened a criminal inquiry of which (Malaysian human rights group) Suaram has been accepted as a civil party since March 2012," said Bourdon.

He said it was only upon the completion of the inquiry that the investigating judge will make a decision of whether the case goes to full trial.

Bourdon (left) described French government prosecutor Yves Charpenel's statement that there was "no trial" on the case as "absolutely contradictory" because the judges, upon completion of their investigation, are the ones to decide whether to call for a trial, and not the prosecutor.

"To our knowledge, the prosecutors in charge of the case have not made any such statement as suggested by Charpenel," said the prominent French lawyer.

"The two judges, Roger Le Loire and Serge Tournaire, are continuing their investigations on the Scorpene inquiry."

Bernama quoted Charpenel, a former head of prosecution in France and who is now a state prosecutor, as saying that the media in Malaysia should be able to distinguish between rumours and facts, and between investigations and a trial.

"I am aware about all the fuss kicked up by certain media (organisations) in Malaysia over this matter but what I can say is that this is nothing more than a trial by the media," he is reported to have said in Kuala Lumpur.

Charpenel is also an executive member of the International Association of Anti-Corruption Authorities, and was in Malaysia to attend a four-day conference on corruption.

Suaram: No need to twist the truth

Meanwhile, Suaram secretariat member Cynthia Gabriel said her team had always maintained that the Scorpene case was a criminal investigation carried out by France, and that the case had yet to go to trial.

Gabriel (right) said Suaram was in March this year accepted as a party to the on-going inquiry.

"As such, manipulating and twisting the truth will bring no benefit to the search for answers and truth in the matter," she told Malaysiakini.

In 2009, Suaram filed a complaint against French defence giant DCNS for paying commissions to Malaysian officials in connection with the submarine deal. The payment of commissions is illegal under French law.

Although the probe in under wraps, 139 prosecution documents have anonymously appeared online and some of this information have been reported in the media.

Suaram recently revealed that a subpoena has been served on one of the witnesses it proposed as a person able to assist in the French judicial probe.

Last Saturday, PKR de facto leader Anwar Ibrahim confirmed that Bourdon and his law partner, Joseph Breham, had agreed to come to Malaysia to explain details of the inquiry to members of the Dewan Rakyat.

However, because of fears that the lawyers may not be permitted to enter Malaysia - Bourdon was deported last year for allegedly "abusing his social visit pass" - the two French lawyers are likely to brief MPs in neighbouring Singapore.

Defence minister: Deal above board

The RM7.3 billion deal for the two Scorpene submarines with DCNS was inked in 2002 when Prime Minister Najib Abdul Razak (right) was defence minister.

It has been alleged that millions of ringgit had been paid as commissions through private companies, including Terasasi, which belongs to Najib's confidant and former political analyst Abdul Razak Baginda.

Razak, who is currently based in Britain, was charged with abetting in the murder of Mongolian national Altantuya Shaariibuu, who allegedly served as a translator in the deal.

However, he was released without being asked to make his defence.

Najib, who is also finance minister as well as women, family and community development minister, has denied any involvement in the Scorpene deal or that he knew Altantuya.

Defence Minister Ahmad Zahid Hamidi has dismissed all allegations of corruption in the Scorpene deal, saying the auditor-general has declared that purchase of the submarines had been carried out in accordance with legal procedures.- malaysiakini

The Registrar of Societies (ROS) has issued notices ordering several senior members of the human rights NGO Suara Rakyat Malaysia (Suaram), including one who passed away two years ago, to have their statements recorded on Friday.

The notices, dated yesterday, pursuant to Section 111 of the Criminal Procedure Code (CPC), was sent to the office of Suara Inisiatif Sdn Bhd's lawyer, and named Suaram founder, the late Fan Yew Teng, as well as co-founder Mohd Nasir Hashim and executive director Nalini Elumalai.
Fan past away in 2010.

"It is embarrassing to note that one of the named individuals, Fan Yew Teng had deceased in 2010 but ROS still issued the notice out of ignorance," Nalini said in a statement.

She said according to the notices, the three of them are to present themselves before ROS investigating officer Ab Rahim Mohammad on Oct 12, to record their statements under Section 112 of the CPC.- malaysiakini 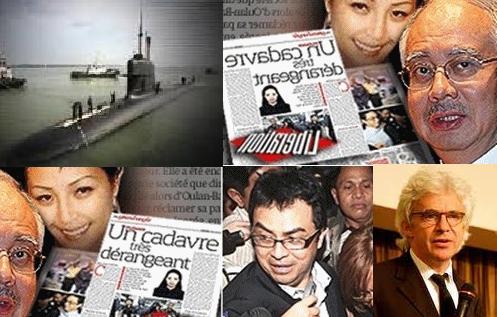