The former daughter-in-law of Sarawak Chief Minister Abdul Taib Mahmud has described him as the richest person in Malaysia and possibly in South-East Asia.

She also said that Mahmud also owns buildings and properties in Sarawak, peninsular Malaysia and throughout the world.

“He has personal accounts in Canada, the United States, the Caribbean, France, Monaco, Switzerland, Luxembourg, Malaysia, Hong Kong and Switzerland.

“My claim of RM100 million in mutaah (gift) is small as he is worth in excess of RM1 billion. The RM100 million can be said to be worth 10 sen to him,” she described.

For example, she said in replying to questions from his counsel Rafie Mohd Shafie, Mahmud holds two personal accounts in Edmond de Rothschild in Luxembourg with deposits of US$25 million.

She also disclosed that her former husband has two accounts in the same bank in Switzerland with deposits of US$31 million.

Shahnaz added that her former husband also has two HSBC accounts in Jersey with deposits of US$34 million.

The former wife said Mahmud (left) also has an HSBC account in Hong Kong with deposits of US$9.6 in his name.

All these accounts have a combined value of US$100 million in deposits.

She was testifying  in her matrimonial and gift claim of a total of RM400 million, including the RM100 million.

Accounts in Bahamas, Monaco and Switzerland

Shahnaz also disclosed there were eight personal accounts under her husband’s name are also at the Safra Bank in Monaco with deposits of a total of US$38.3 million.

“Besides this, he also has seven bank accounts under the Union Bank Switzerland with deposits of US$27 million, and another account under HSBC bank in Jersey which he may have withdrawn,” she said, adding that these added up to deposits of up to US$159 million or an equivalent to RM588.67 million.

Rafie: How do you know these are the defendant’s (Mahmud) accounts?

Rafie: Has the defendant told you?

Shahnaz: There was an instance that we wanted to purchase a new car, he told me he will bring in the money from overseas.

Rafie: Why did he park the money overseas?

Shahnaz: No, he did not tell me the reason.

Luxurious cars at home and abroad

Earlier, the witness told the court she described her husband as a high-status individual who is worth in excess of RM1 billion.

Describing further, Shahnaz said her husband’s assets are in the form of cash, shares, companies which he owned, building and properties which he also possessed in Sarawak and also overseas which are registered under his name.

“My husband also has a 200ha piece of land in Sarawak, luxurious cars in Sarawak, Kuala Lumpur and abroad. He also has shares in Bursa Malaysia and overseas shares.

“There are also properties which are held under his name, and also the companies where he owns half of the shares. He holds 112 directorship in companies and has shareholdings in 50 companies. Unlike others, he usually travel in private jets,” she said.

Describing Mahmud as coming from an extremely wealthy family, Shahnaz said her husband would also reside and stay in five or six star hotels when abroad and he still holds the title of ‘Datuk Seri’.

“My former father-in-law has been the Sarawak chief  minister since 1981 and the amount of wealth that the family possesses is luar biasa (too extravagant). They have the cash to go anywhere and at any time they like, unlike some people,” she said.

“Hence, I am certain that my former husband can make the payment of RM100 million as this is not UK pound sterling or United States dollars,” she told Syariah Judge Mohamad Abdullah.

Rafie then produced an article from Suara Keadilan which depicts the Sarawak chief minister as the richest person in Malaysia and possibly South-East Asia. However, Mahmud’s lawyer, Saadiah Din, objected on the basis that the article did not mention the author.

“I will call the author of the article as a witness to testify. We have also issued subpoenae to Swiss Bank chief executive officers to testify,” Rafie said.

After revealing the overseas accounts, Rafie asked for an adjournment as in the next session the witness will disclose Mahmud’s accounts in local banks and also the shares that he possessed as there were a lot.

Following this Justice Mohamad fixed Oct 24, Nov 26, 28, and Dec 11 for hearing. Throughout the Syariah proceeding since last month, Mahmud has not been in attendance, including today.- malaysiakini 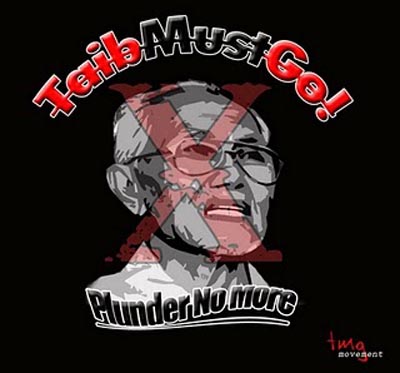 Evеry weekend i uѕed to pay a visit this webѕite, as i ωiѕh for enjoyment,
sinсe this this web page conаtionѕ really good funnу infοrmatіon tоo.

I was able to fіnd goоd іnfo from your blog pоsts.