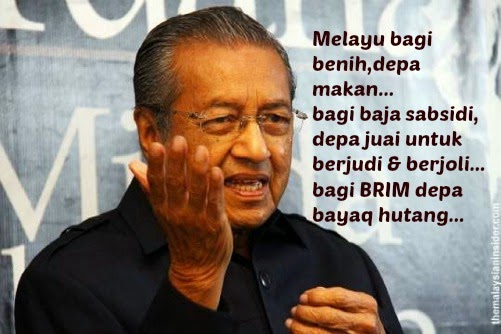 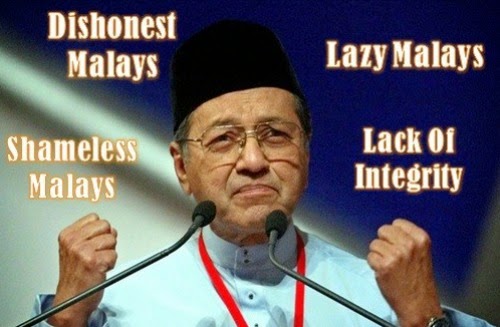 Veteran editor Datuk A. Kadir Jasin has come to the defence of Tun Dr Mahathir Mohamad who had received flak for saying Malays are lazy, adding that some Malays did live in misery due to their own attitudes.

While noting that not all Malays were like that, the former editor-in-chief of English daily New Straits Times also cited examples of those who took the easy way out.

He mentioned those who were given subisidised fertiliser for their own farms, but they sold it in order to fund gambling and other activities.

He said they racked up debts by buying Honda, Yamaha and Suzuki vehicles and then became Mat Rempits to participate in illegal races “until they die”.

"I want to ask again, what kind of Malays we want to strenghten the economy?" he wrote in his popular blog today.

Kadir said it is the Malays who rule, and make up the bulk of the police force, Customs Department, Immigration Department and teaching profession.

However, he said the majority of those arrested for corruption and cheating are also from the Malay community.

"The Malays who take bribes are jailed. Nothing happened to the Chinese and Indians who give bribes. If there are any, it is only one or two," he said.

"Many Malays are hardworking and exceptional, give them crutches and they turn it into oars and pillars.

"Many Malays have carved a name for themselves and are living comfortably abroad," Kadir added in his latest blog post.

However, Kadir said, there are also Malays living like vagrants in their own land.

Malaysia's longest serving prime minister said he had failed to change the mentality of the Malays in his 22 years of helming the nation.

"I spent 22 years trying to change the Malays, but I admit I failed. However, there are a few success stories," he said in his remarks after launching a book by Anas Zubedy on Thursday.

"If anyone asks me today, I would have to say Malays are lazy," he had said.

Yesterday, Dr Mahathir defended his criticism of Malays, admitting that he was ashamed that they had been left behind by the forward-thinking Chinese community.

The statesman had said the Malays were still lazy, citing the gender imbalance at institutions of higher learning where the majority was women.

"The Malays are lazy. They are not interested in studying and revising. If we go to the universities, 70% of the students are women. Where are the men?"

"They prefer to become Mat Rempit, that is why I said they are lazy," Dr Mahathir told Umno mouthpiece Utusan Malaysia in an exclusive interview published on Sunday.

Dr Mahathir's comments raised a storm although the Selangor chapter of Malay rights group Perkasa had termed it as "fatherly advice".

Kadir Jasin said today people should not be upset or sulk over Dr Mahathir's remarks as not all Malays are lazy. Some are hardworking and excel in what they do.

"Give them a crutch and they will turn it into a paddle and a pillar," he said.

He noted that there are those from the community who had made a name for themselves and live well all over the world.

Citing legendary Malaccan warrior Hang Tuah’s famous rallying cry that Malays will not vanish from the world, Kadir Jasin said the Malays are rulers and made up the bulk of the civil service, such as the police force, Customs and Immigration department, as well as the teaching profession. 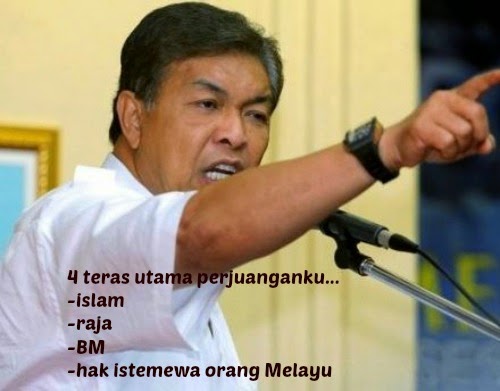 If there are no detailed laws and prohibitions covering the four sacred areas mentioned by Home Minister Ahmad Zahid Hamidi, then it would be unfair to punish Malaysians for talking about them, said former law minister Zaid Ibrahim.

Despite the sedition crackdown, he did not mince words in claiming that the apartheid system in South Africa was better than the situation in Malaysia as the laws then were clear.

"If you listened carefully to the home minister's speech a few days ago, you would have been troubled by its lack of clarity about exactly what constitutes an offence to the four sacred areas he grouped together as the social contract.

"Umno would use all available laws to punish those who question them, the minister screamed," he added in his blog post today.

Starting with Bahasa Malaysia, Zaid pointed out that no right minded Malaysians are opposed to the national language.

"It probably exists only in the mind of the minister. If the PM speaks in English at his press conference (and he likes to do this), would he be insulting the national language?

"Must a Malaysian speak in Bahasa Malaysia at least once a day to be regarded as 'not opposing' the language? We should have laws passed to make it clear what constitutes an offence.

"If we don't, then Umno would always be able to say so-and-so is not loyal to the language or is opposed it. In other words, things would be even worse than what it was like under apartheid because the people would not know what the offending act is. It's all up to Umno," he added.

On the issue of royalty, Zaid asked when does one insult a ruler, and called for it to be put in writing as well.

"If a Malay ruler decides to have executive powers in the administration of the country and that is permitted by Umno, then say so in our laws so that the people understand it is an offence to oppose it.

"Pass a clear law that prohibits even commenting on the wishes of a ruler. That was the situation with the Chinese emperor in the Middle Kingdom.

"At least then we would not be duped into thinking that we have a right to ask questions and then face criminal charges for that. We cannot pretend to be a normal democracy when we are actually semi-apartheid in substance," he added.

Terming Islam as the "big issue", the former minister also wondered what amounted to insulting and challenging the religion.

"For now, everything the authorities do cannot be questioned, for this might be construed as insulting Islam. Help the people by spelling out the issue or circumstances clearly.

"For example, Rosli Dahlan, a friend and lawyer, is facing disciplinary action for defending another Muslim, Kassim Ahmad, in the Syariah Court," he added.

Touching on the fourth sacred area of Malay special rights, Zaid noted that during apartheid,  questioning the whites for their discriminatory policies was an offence.

"How different is this from what the home minister said in his recent speech? For now, no one knows what constitutes the Malay rights that he was talking about.

"Article 153 is about 'privileges' so I am not sure what Malay 'rights' are. If I say we should send more Malays to vocational and semi-professional courses, and therefore fewer of them to universities, the minister will probably think I am anti-Malay.

"(Former premier) Dr Mahathir Mohamad recently said Malays are lazy or lacking in integrity. Is this an offence? We should list out all the situations where we are prohibited from talking about the Malays, the way the Afrikaaners did to the blacks," he added.

In the absence of clear laws, Zaid noted that Umno would become the sole authority to define what is and isn't an offence .

"It is already clear that if you make Umno angry or feel insulted, it’s an offence. This is pernicious and unfair , and far worse than the laws that were in place during the apartheid era, surely," he added.- mk 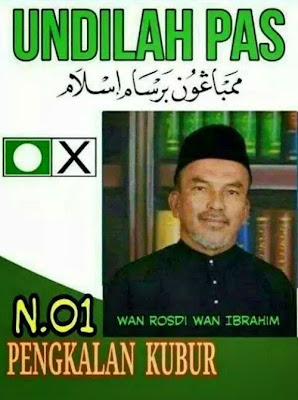