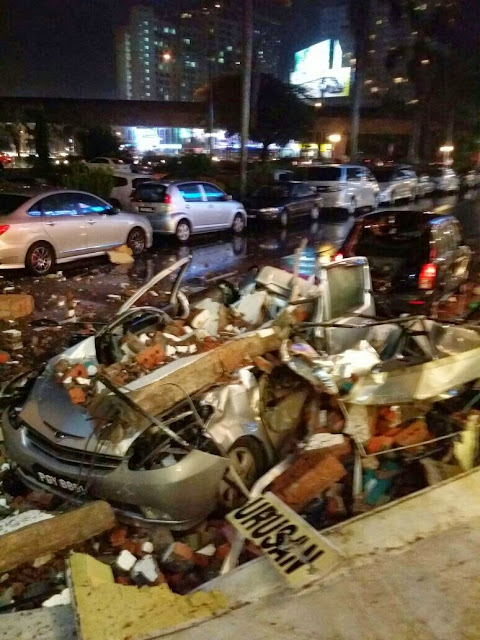 It seems inspector-general of police Khalid Abu Bakar has been provided a lifeline from possible contempt in the Ipoh High Court inter-faith custodial dispute.

The reprieve came after the attorney-general obtained an ex-parte stay of execution from the Court of Appeal on the order to compel the IGP to arrest K Pathmanathan @ Mohamad Ridhuan Abdullah within seven days from last Friday.

An ex-parte stay order is made by one party without the attendance of the other.

The stay has freed  the IGP of possible contempt, since both parties will now be required to meet on Sept 25 for the court to decide whether the stay will be permanent.

The appellate court decision was made on Wednesday and a copy was served on Ipoh Barat MP and lawyer M Kulasegaran today.

IGP Khalid made an accompanying affidavit to the application.

The arrest order to be executed by the IGP was issued by the Ipoh High Court.

The Appeal Court decision was made by a single judge, namely Justice Aziah Ali, rather than the customary three-member panel.

This is similar to the Mohd Nizar Jamaluddin vs Zambry Abdul Kadir case in which a stay of execution of the Kuala Lumpur High Court order was granted by a single Court of Appeal judge who heard the matter.

Kulasegaran said the application was unnecessary and unfair because the papers could have been served to him in person rather than ex-parte, and argued for a three-member appeal panel.

The Ipoh High Court had on Friday ordered the police and IGP to arrest Pathmanathan @ Ridhuan (left) and for his daughter Prasana Diksa returned to her mother M Indira Gandhi within seven days.

On that same day, the senior federal counsel applied for a stay of the order. only to be rejected by Justice Lee Swee Seng.

Yesterday it was reported that the AG's Chambers had subsequently filed a notice of appeal over Friday's application.

Kula: We will challenge

Indira (right in photo), he added, is distraught and upset on being informed of the ex-parte order and they intend to challenge it.

Kulasegaran said the refusal by the IGP to arrest Pathmanathan is only giving aid to his continuing act of contempt.

“The administration of justice is being brought into disrepute. I have promised her our team of lawyers will immediately mount a challenge to set aside the ex-parte order.

“It is not going to be easy. To challenge the country’s top policeman, the IGP, and the government’s number one lawyer, the AG, is going to be an uphill task.

"But persevere we will for we have faith that justice in accordance with the law and as administered by our judges will prevail,” he said in a statement.

Kulasegaran argued that there was no need for the government to opt for the ex-parte application.

"Although the AG is entitled to make such an application, there is utterly no urgency nor any prejudice to the IGP.

“The IGP merely had to arrest Indira Gandhi’s ex-husband and commit him to prison. Something which he, as a policeman, is duty bound to do," he argued.

“Indira Gandhi has her solicitors, Messrs Kula & Associates, and it would have only been fair for the AG to serve all papers on us and to have the matter heard before a panel of three judges in open court.”

The Ipoh Barat MP said it commonly accepted practice in law that both parties in the case ought to be heard.

“Justice must not only be done but must be seen to be done. The AG’s decision to move the court and obtain an ex-parte order is only going delay matters, while causing serious prejudice to the welfare of Prasana Diksa and Indira Gandhi and create a great disservice to the administration of justice.

“Had the court heard us, it might have come to the conclusion that the application was baseless.

"The AG must convince Malaysians that ex-parte applications such as these are being made for the interest of the public and not for any ulterior motive,” Kulasegaran said.- mk

The sultan has expressed his displeasure through a letter. The letter was made public. This is highly irregular. Making it public, that is.

The sultan is vested with powers which are a formality, but do not translate into an opportunity for the sovereign to enact personal political preference. The sultan is non-political.

His advisers are making the sultan political and partisan. The sultan, however, has every right to be displeased. His displeasure is covered by his right to warn.

Anwar has been warned that he has erred. He has since apologised and sought forgiveness. What more do we want to exact from him? For more than 17 years, we have had his flesh. Do we now want his pint of blood?

Since we follow the Westminster style of government, according to the Victorian economist, Walter Bagehot, the sovereign has three rights: "the right to be consulted, the right to encourage, the right to warn".

But his counsels ought to have done better other than encouraging a collision course between elected reps and the sovereign. This is a dangerous path. The irresponsible advisers to the sultan are encouraging the sultan to follow.

This will place the palace in confrontation with political parties, never mind if Umno isn’t part of it at the moment. But Umno is eager to see a confrontation. As I said in an earlier article, this would ferment a martial mood among the Malays – our sultan is threatened, our honour is at stake.

Let us mengamuk. Call in Perkasa, Isma and the unregistered Malay groupings which are regarded as legal unlike the Penang voluntary squad. Umno can’t wait to capitalise on this and take repressive actions.

In appointing a chief minister, the sovereign is guided by constitutional conventions. The main requirement is to find someone who can command the confidence of the Selangor assembly. That is the only qualification.

This is normally secured by appointing the leader of the party with an overall majority of seats in the house, but there could still be exceptional circumstances when the sultan might need to exercise discretion to ensure that his government is carried on.

When Tan Sri Abdul Khalid Ibrahim was called to the palace, the sultan ought to have asked him if he can form a government.

But Khalid wasn’t asked or before the sultan could ask, he offered his version of events. He could have turned down the offer by simply telling the truth – he does not have majority support and that Datuk Seri Dr Wan Azizah Wan Ismail has it.

Or he could have accepted what is a called an exploratory commission, returning later to report either failure or success in securing a majority. He did not. He did not tell the truth. He did not want to free Selangor.

Is this the beginning of an assertive and adventurous monarchy? It will eventually lead to a clash between the sultan and people. The people do not now include Umno, because we know Umno is aligning itself with the monarchical democrats.

This group wants to see the sultan on their side so that they can use his stature to bulldoze through their political agenda.

I use the term monarchical democrats to refer to the political parties that uphold elections as means to secure power and then assign absolute-tending powers to its ally – the monarchy.

It is a quid pro quo arrangement. We support near absolute powers and in return, you help us out. The monarchy is clearly showing that it is siding with Umno.

Monarchy to protect the Malays NOT UMNO

The monarchy is here to help and protect Malays. They are not here to protect Umno and its leaders.Let us not allow ingenious or disingenuous minds (depending on how we see them) torture the language and intent of our Constitution.

Let me repeat myself silly on this – we don’t have an absolute monarchy.

The whole purpose of our Constitution at all levels is to give more liberal latitude to the people to exercise their discretion rather than freedom to the monarch.

The means by which this purpose is to be achieved is reverential to the sultan as it ought to be – that it is to be presented to the sultan in the form of advice for ratification rather than rejection or alteration.

The parties submitting only one name to the reigning constitutional monarch acted on better authority that the monarch himself who is bound by the provisions of the Constitution.

The principle is the same – whether it is the Constitution of the nation or the state. The majority supported Dr Wan Azizah as MB – that is a fact and it is not for anyone outside to judge the soundness of their motives.

As to her qualifications – I think that are not in dispute. Perhaps she may not be able to engage in verbal jousting in the dewan – but in time she will do it.

Tun Abdul Razak Hussein wasn’t an orator but was a master administrator (the son is neither here nor there), the previous MBs of Selangor were not that qualified – Tan Sri Ahmad Razali Mohd Ali was a penghulu and had Tun Dr Mahathir Mohamad as brother-in-law, Datuk Hormat Rafei was a band boy.

Some people thought as I do, that Azmin Ali the thinker, the methodical planner would be more suited to be the MB of Selangor – but the majority has a different opinion.

So despite our own private reservations about Dr Wan Azizah being a potentially effete leader (more at home at bringing packed food and refreshments to PKR meetings and playing with lanterns), 30 of the elected reps signed a pledge in support of Dr Wan Azizah.

Unfortunately, both parties are right in the way they looked at the political situation. A compromise may be necessary in order to avoid a collision course between elected reps and the monarchy. That could be very destabilising. That would require some accommodating gestures.

In the end, to avoid unnecessary collision course with the sovereign, PKR may have to make some adjustments.

The adjustments may involve endorsing someone else other than Dr Wan Azizah but from PKR. It will still get its person to be MB and more importantly, kick out the conniving Khalid. Also, to make the white of Umno’s eyes whiter. – Dato' Mohd.Ariff Sabri bin Hj. Abdul Aziz.@sakmongkol ak47 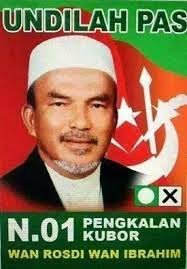