In a landmark decision today, the High Court in Kuala Lumpur awarded more than RM300,000 in damages to police shooting victim Norizan Salleh.

Judge Hue Siew Kheng also ticked off the police for not abiding with the Inspector-General Standing Orders (IGSO) by resorting to shooting first, rather than trying to stop the vehicle that Norizan was in.

Justice Hue said the conduct of the police in opening fire at the car was not reasonable and unjustified.

“The IGSO states that shooting should only be used as a last resort when there is an imminent danger to life or grievous hurt,” she said.

The court also awarded RM18,326 as special damages for the medical expenses she had to undergo, besides RM30,000 as costs to Norizan.

Justice Hue ruled the policemen failed to establish the defence of reasonable force.

'A reminder not to act unlawfully'

In ruling for the award of exemplary damages, she said this was to serve as a reminder to public bodies not to act unlawfully.

The judge also reprimanded the police for not investigating Norizan's police report.

Norizan had named Corporal Mohd Firdaus Rosli, the Sentul district police chief, the Inspector-General of Police and the government as defendants in her suit.

It was reported that Norizan, now 34,  was seriously hurt when five bullets struck her body after police fired at the car she was in with two others near the Middle Ring Road II in late 2009.

Altogether, 16 bullets were fired by the police on the car and when she sought for help from the police after she was hurt in the chest and wrist, the police kicked her in the abdomen.

Norizan, was present in court with her mother, Siti Alimah Abu, and husband Ridzwan Zakaria.

The mother of two children said she felt vindicated with the award as a result of the injuries she suffered.

“I asked my mother to accompany me in court today, for she accompanied me when I sought for help.”

This is the first case of wrongful shooting by the police in which such a large amount has been awarded as damages.

Outside the court, Surendran, who is Padang Serai MP, related the instance when Norizan and her mother had approached Opposition Leader Anwar Ibrahim for help.

“In fact, Norizan went to Anwar's house in Bukit Segambut one night to relate the shooting incident, after she had been discharged from hospital.

“Following that, Anwar contacted us,” Surendran said, adding this was an important victory for the people and the decision today showed that the police cannot act indiscriminately in resorting to shooting.

It is an important decision, he said as the IGSO is considered a confidential document. Now, we know the actual circumstances where the police are allowed to use firearms.

“Furthermore, the court reprimanded the police for not investigating Norizan's complaint. There was no internal inquiry held.

“Following this, and in light of the judgment of the High Court, it is incumbent that the attorney-general re-opens the investigation with a view to charging the police officers who fired the shots,” Surendran said.

The judge even ticked off the police when the police witness told the court that they would not investigate Norizan's claims as it came from a mad lady.

“The judge said this answer did not speak well for the police force. The police did not investigate  her allegations despite she lodging a police report,” he said.

Describing it as a landmark case, Surendran said no person has successfully brought action against the police before for shooting/ - mk

Malaysiakini journalist Susan Loone has been arrested under the Sedition Act over her interview with Penang executive councillor Phee Boon Poh.

Her mobile phone has also been confiscated by police.

She was released on police bail at 11.45pm, almost nine hours after she first arrived at the Northeast District police district headquarters for questioninga at 3pm.

Loone will have to report back to the police district headquarters on Oct 3.

According to Loone, police took her fingerprints and asked her to sign a document putting her under arrest.

"But I am allowed to leave on police bail with a surety," she said earlier today.

"The investigation on Loone is downright harassment of media personnel who are merely doing their job as journalists.


"There is really no need for such lengthy interrogations or even to name Loone as a suspect," he said.
"Malaysiakini views this as yet another form of intimidation in a long series of attack on press freedom.

"Loone was not only interrogated, her mobile phone was confiscated. This is truly excessive and uncalled for."

Loone and the online news portal are being investigated under Section 4(1)(c) of the 1948 Sedition Act for publishing an interview she did with Phee, which is deemed seditious, when he was in police custody early on Monday, on his role in the state's Voluntary Patrol Unit (PPS).

Loone said that she was contacted by one ASP Jamal to give her statement at 11.30 last night.

Phee (right), the Sungai Puyu assemblyperson, told Malaysiakini that he too would be questioned by police today.

The police action comes in wake of 10 reports lodged on Tuesday on the news report by Perkasa and 13 others who call themselves ‘The Coalition of Penang Malay Representatives’.

The article is the Bahasa Malaysia translation of Loone's article in English, headlined 'Exco man grilled for four hours, treated like 'criminal',' which was also published on the same day.

'I was only doing my job'

The article is based on an interview Loone conducted with Phee about 1.30am on Monday while he was at the Jalan Patani police station.

"I was only doing my job as a journalist. I called Phee and he responded to my call.

"I asked him a few questions about his experience at the police station, and he gave me his answers.

"I wrote what he said, there was nothing more to that," said Loone before going to the police station.

In the article, Phee relates his experiences during interrogation, adding that the police treated him well, and that they were "victims of circumstances", like himself.

Phee, 62, was detained for 24 hours on Sunday. He is chairperson of PPS, which has been declared illegal by the police as it is not registered with the Registrar of Societies.

He and 155 PPS members were arrested after taking part in the Merdeka Parade at the Esplanade on Sunday, and were released on police bail on Monday.

They are being investigated under Section 43 of the 1966 Societies Act for being involved in illegal activities, including secret societies.- mk 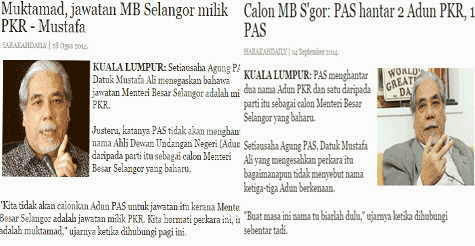 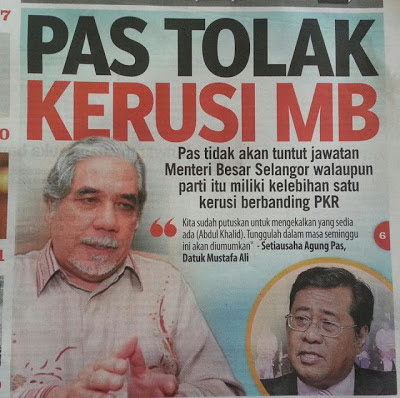 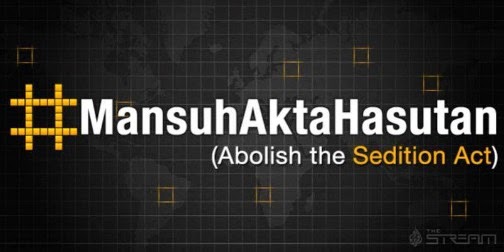