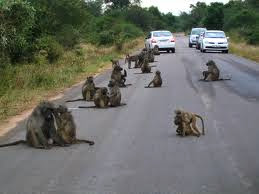 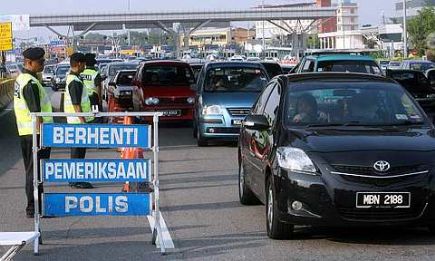 Two PAS state assemblypersons who defied their party and sided with PKR and DAP in the Selangor crisis, will face the disciplinary board tomorrow.

Saari, who received a hero's welcome at a DAP function last night, insisted that he will not quit PAS.

"I am confident if I explain my reasons and the steps I took, and if the (disciplinary) committee is fair, knowledgeable, objective, not influenced by anyone and fixed on upholding justice and truth, I will still be a PAS member," he told Malaysiakini last night.

He said that if PAS sacked him anyway, it will not bode well with Pakatan.

"If I am punished, Hasnul is punished, and we are sacked... I will still remain with Pakatan.

"I will be an activist or a politician without a political party, my party will be Pakatan," he asserted.

Meanwhile, Hasnul who earlier joked that he could still contest in the elections under DAP stressed he has no intention to hop parties.

"I do not intend to jump parties, what I did had risks and I will face disciplinary action," he said, adding that his chances of being a state assemblyperson in the general election were also dim.

"But I acted on principle. At that time, the Pakatan government had to be defended," he said.

He added he was prepared to accept whatever decision the party made.

This will be first time Saari and Hasnul will be explaining themselves to the party in more than a month after unilaterally signing a statutory declaration to support PKR president Wan Azizah Wan Ismail (left) as menteri besar on Aug 14.

Wan Azizah had the support of 28 state assemblypersons from DAP and PKR and the PAS duo acted as tiebreaker in the 56-member state assembly.

PAS president Abdul Hadi Awang had refused to support Wan Azizah who was backed by DAP and PKR amid concerns that the Islamic party may join forces with arch-rival Umno to form its own government.

The Selangor palace eventually appointed PKR deputy president Azmin Ali as menteri besar on Tuesday after PAS and partners DAP and PKR could not agree on a common candidate.

Both Saari and Hasnul have been branded as traitors by some PAS leaders with Hadi labelling them as lackeys (barua) and accusing them of being bought over.- mk

Ball is now in PAS court

The Penang government has called on the police to take action against a former youth leader of a state Umno branch, who allegedly cheated a group of people over the sale of gold bars worth more than RM4 million.

Lim claimed that checks revealed that the suspect was an Umno member and a former youth leader in an Umno branch in the state.

"He was also believed to be one of the people who trespassed into the state legislative assembly building on May 19 this year," said Lim, citing an incident a few months ago where a group of protesters broke through a security barrier in response to Seri Delima assemblyman R.S.N. Rayer's infamous "celaka Umno" (Umno be damned) remark.

"We hope the police can investigate and take action quickly. There is no doubt that this is a case of cheating that has affected more than 17 families," he said at his office in Komtar today.

Several of the victims of the scam met with Lim today to air their grouses.

One of the victims, Abdul Wahab S. Mohd Mydin, 45, claimed the man had offered him and 16 others in his group attractive prices to buy their gold bars, which they had previously bought from Genneva (M) Sdn Bhd.

The prices were above the market price and the deal was that they must hand over their gold bars and the man would pay them in installments via post-dated cheques, he said.

"He told us it was unnecessary to put things in black and white. All we had to do was give him the gold bars and he will present the cheques.

"He said if he failed to furnish the cheques, we can go to the police. He said so himself, as if it was nothing," the factory manager said.

Because the deal sounded good, Abdul Wahab and 16 others, agreed to the transaction of selling a total of 16,635 grammes of gold bars to the man for RM4,946,960 in October and November last year.

The group managed to cash in a total of RM710,349 with the cheques they received. The subsequent post-dated cheques for RM1,570,161 bounced while the remaining RM2,665,108 were in cheques that have not been cashed in.

"We never got the remaining RM4,235,269 promised. The cheques could not be cashed.

"He told us not to cash in the cheques in December, saying that he was having problems with the bank. Then, he made more excuses to avoid paying.

"In early June, we decided to cash in the cheques because the period has matured but we found out we could not get the money because he had closed his bank account," Abdul Wahab said, adding that they want their gold bars back.

He said all of them had lodged police reports on the matter but were told that the case was too complicated as it involved a large sum of money.

"I lodged mine in June. Before that I had also lodged one against him in March for threatening me after I went to look for him at his home twice.

Abdul Wahab believed there could be more victims in Seberang Jaya, Parit Buntar and Kuala Kangsar.

Another victim, Mohd Nazari Mohd Shariff, 48, claimed the man was still free and was going around in his luxury car in Penang.

Meanwhile, Lim urged those who had fallen victim to the man to contact Abdul Wahab or his political secretary Wong Hon Wai, who is also the Air Itam assemblyman. – tmi